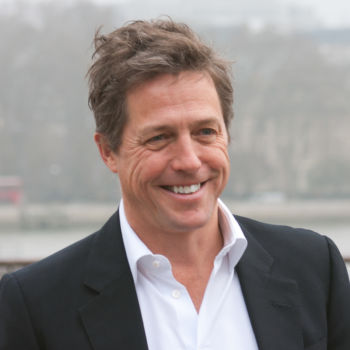 Hugh Grant settled his phone hacking lawsuit against the UK Mirror Group, which publishes the Daily Mirror, the Sunday Mirror and The People.

“Grant received a 6-figure settlement sum,” his lawyer Anjlee Saigol told iMediaEthics by e-mail. “More importantly, however, he received the admissions contained in the attached public apology from Mirror Group.”

According to Saigol’s court statement, Grant’s lawsuit wasn’t just over voicemail hacking but also “blagging and surveillance, committed by MGN’s journalists at all three of its newspapers over, as MGN now accepts, many years.”

In court, Mirror Group Newspapers’s Alex Wilson admitted the company had hacked Grant. MGN accepts that the unlawful interception of voicemail messages and procurement of private information about the claimant and others should never have happened. MGN acknowledges that was morally wrong and deeply regrets the wrongful acts of its former employees which caused damage and distress to those affected.”

Grant said he is donating the damages he received in the settlement to the Hacked Off Campaign, which advocates for victims of press abuses and hacking.

Trinity Mirror declined to comment to iMediaEthics on the settlement.

News Group Newspapers, the publisher, apologized to six of the nine victims for hacking by the now-closed News of the World in court Jan. 30. Those in-court apologies admit “that such activity should never have taken place and, that it had no right to intrude into the private life,” according to a press statement on the website for London law firm Collyer Bristow, which represented all nine. Collyer Bristow’s Steven Heffer explained to iMediaEthics by e-mail that some claimants didn’t want the public apology, which is why only six of nine got apologies in court.