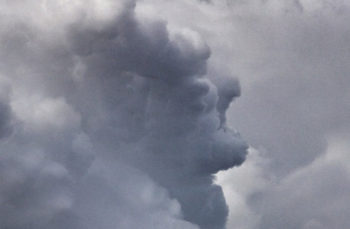 Face in the Clouds over Leeds (Credit: Carl Milner via Flickr)

The Hull Daily Mail apologized after publishing a fake quote about a woman seeing her dead grandmother’s face in a cloud.

Middleton complained that “she had not made the comments attributed to her in the article” and that “the article was disrespectful about the death of her grandmother.”

The paper said it got the quotes attributed to Middleton from an agency, but the agency couldn’t “provide a record.” As such, the Hull Daily Mail apologized to Middleton saying:

“Relying on agency copy, in an article published on February 3 we reported that Julia Middleton, referring to a shape in the clouds, said, “Look, it’s my gran!”. We are happy to make clear that she did not say this and we are sorry for any distress caused.”

At least three other news outlets reported on Middleton’s claims, including the Daily Mail, the Express, and the Mirror.   The photos that ran with the article are credited to Mercury Press, a UK news and photo agency. iMediaEthics contacted the Mercury Press to confirm it shopped the story on Middleton and ask about any complaints. We have not heard back.

iMediaEthics has written to the Hull Daily Mail for further comment.