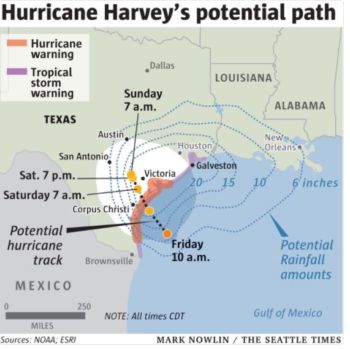 The Seattle Times left out Mississippi on a map showing the potential track and impact of Hurricane Harvey and then mistakenly labeled Mississippi as Alabama.

The map, credited to the Seattle Times‘ Mark Knowlin, was titled, “Hurricane Harvey’s potential path,” and accompanied an Associated Press article about the storm. The newspaper also tweeted the inaccurate map, AL.com reported.

“We regret and sincerely apologize for the map error,” Levy wrote. “Because we amended the mistake within 15 minutes and tweeted out an apology with a corrected map, we did not write a correction on the story itself.”

Levy added that “the error was brought to our attention by a reader. The inaccurate map was not published in print.”

Wendy Suares, an evening anchor for Oklahoma City Fox-affiliate KOKH, tweeted a screenshot of the inaccurate map, calling the Seattle Times out for its error. Her tweet garnered around 900 retweets and 2,000 likes.

Dear @seattletimes, I'd like to tell you about a state called Mississippi. And might I suggest referencing an actual map next time? 😳 pic.twitter.com/xQMH7Csp9T

The map has been updated online with one that includes Mississippi. However, the article it accompanies doesn’t carry any apparent correction or acknowledgement of the error. The Seattle Times did issue “apologies” on Twitter, though, writing Aug. 26, “We deleted a previously tweeted map that contained a geographical error. Apologies to our friends in Mississippi & Alabama! Correct map here.”

The Clarion Ledger noted that Mississippi was slighted five years ago in a weather map. “While tracking the path of Hurricane Isaac in 2012, The Weather Channel and other outlets referred to the state’s Gulf coast region as ‘the land mass’ between New Orleans and Mobile.”

We deleted a previously tweeted map that contained a geographical error. Apologies to our friends in Mississippi & Alabama! Correct map here pic.twitter.com/GjUYxzIQh4 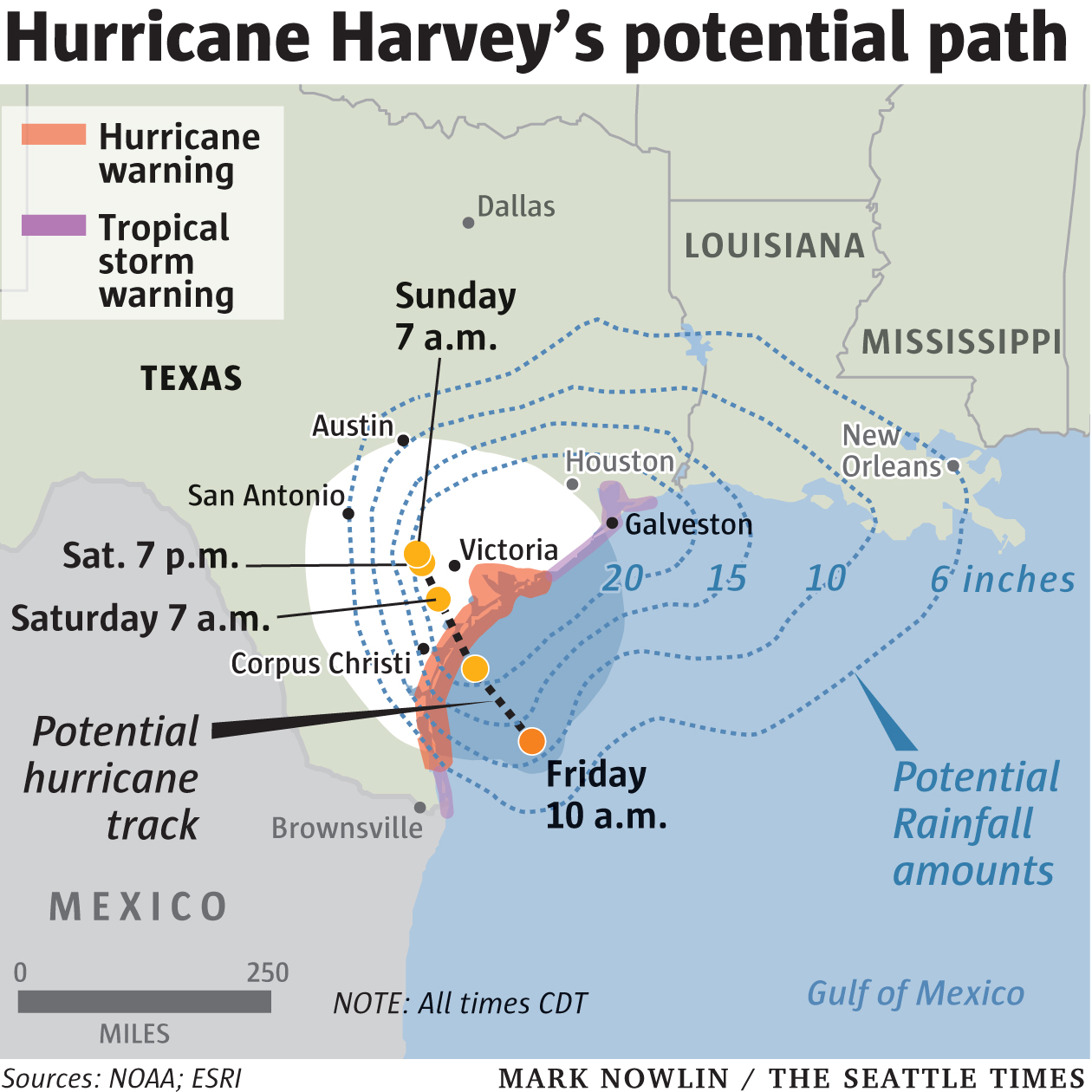 Due to an editing error, the first sentence transposed Mississippi and Alabama.