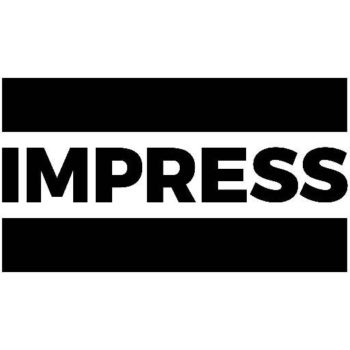 IMPRESS, a new press regulator in the UK that strives to compete with the Independent Press Standards Organisation, has released its draft standards code.

The draft code is up for consultation and feedback from the public and will be finalized in the fall. News outlets that have signed up for IMPRESS have to follow the code, which is follows similar tenets concerning reporting as IPSO’s code.

“This Code is intended to be: a practical working tool which enables journalists, editors and publishers to do their jobs; easily understood by the public; and enforceable through regulation.”

“This Code is distinct from the law and publishers are separately responsible for ensuring that they comply with the law,” the code reminds.

IMPRESS’s CEO Jonathan Heawood told iMediaEthics “The IMPRESS Code Committee has drafted this code with input from journalists, civil society organisations, lawyers, academics, regulators and members of the public. We have done our best to distil their combined wisdom into a draft which will enable journalists and editors to do their jobs, which is easily understood and which we can enforce through our regulatory scheme.”

Heawood went on, “We have also taken on board the examples of journalism codes from around the world to find the most relevant standards for twenty-first-century news publishing. Some of these standards are familiar to all journalists – for example accuracy and respect for privacy – whilst others are new and reflect changing social expectations of journalism – for example our requirement for publishers to be transparent about any conflicts of interest and to respect privacy settings when reporting on social media. We have already begun to receive submissions on the draft code and we look forward to listening and learning from our many stakeholders before we finalise and implement the code later this year.”

The code says public interest can be a reason for using methods that may breach its code. It calls for accuracy, prompt corrections, clear labeling of opinion versus fact, and full attribution. The code also tells journalists not to interview or photograph minors under 16 unless parents or guardians approve it, including a requirement for publishers to “give reasonable consideration” to any post-publication requests for a minor-aged child to have his or her identity removed from a story.

Journalists shouldn’t “refer pejoratively to a person on the basis of that person’s age, disability, gender reassignment or identity, marital or civil partnership status, pregnancy, race, religion or belief, sex or sexual orientation or another characteristic which makes that person vulnerable to discrimination,” the draft code states, and journalists shouldn’t include any of that information unless it’s relevant.

Journalists also shouldn’t harass, invade the privacy of, or deceive the public and should be careful to protect sexual assault or child victims. “Publishers must not make payments to witnesses or defendants in criminal proceedings, except as permitted by law,” the draft says. “Publishers must not pay public officials for information, except as permitted by law.”

Journalists must protect their sources and not fabricate or publish “excessive details” for stories on suicide and self-harm. Publishers have to disclose conflicts of interest or financial conflicts.

As iMediaEthics has reported, IMPRESS released information from its public consultations and survey of the public earlier this summer. More than 30 publications have signed up for IMPRESS as a press regulator instead of IPSO. IPSO regulates more than 2,500 publications.

IPSO replaced the Press Complaints Commission, which was shuttered during the phone hacking scandal and Leveson Inquiry into press standards and practices.

The public has a month to respond to the code with feedback via an online survey or an e-mail or mailed letter. According to IMPRESS’s website, “Once the consultation has closed, the IMPRESS Code Committee will review and finalise the draft IMPRESS Standards Code in light of submissions which we receive.”