What are the Top 2 Ethics Issues in UK Media? IMPRESS Releases Info from Public Consultations & Poll 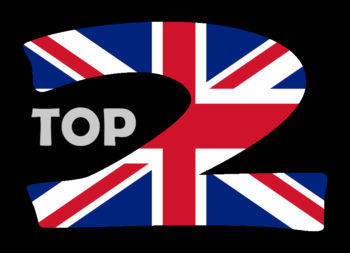 Accuracy and privacy in the media are two top areas the UK public cares about, according to new survey of people in England, Scotland, Wales and Northern Ireland. IMPRESS, a new press regulator in the UK that wants to improve upon and rival the Independent Press Standards Organisation, hired research agency BritainThinks to find out what the UK public thinks about the media. (More about the poll and workshops here).

The poll and two public workshops conducted over the past month were to help IMPRESS create its new code, according to a May IMPRESS press release.  IMPRESS expects to release a draft code this summer.

Now that the “public phase” (the survey and workshops) of IMPRESS’s consultation on creating the code is over, IMPRESS is holding stakeholder meetings “with journalists, publishers, academics, other regulators and civil society groups,” IMPRESS’s CEO Jonathan Heawood told iMediaEthics by e-mail. After that phrase, IMPRESS will have a “formal consultation phase” starting in August, he said.

“In the formal consultation phase, we’ll publish a draft code to give people a chance to respond in detail to the various provisions,” Heawood said. After that draft code is finalized and approved, IMPRESS expects to begin using it for regulation this fall.

“When asked to rate the importance of these principles, the two principles that the public rated as the most important were accuracy (53%) and privacy (30%),” IMPRESS reported. “Other principles prioritised were balance (29%), harassment (26%) and the rights of children (24%).” More than half of its respondents advocated the media be regulated by an independent body.

On its website, IMPRESS’s code committee chair Máire Messenger Davies said “We want to ensure that the new standards code takes account of the public view” from what the poll found the public is worried about.

IMPRESS’s CEO Jonathan Heawood explained on the IMPRESS website more about how it started to research this subject.

“We began with ten principles which reflect best practice in journalism and news publishing from around the world,” Heawood is quoted as saying. “We wanted to find out whether the public agree that these principles should inform our future standards code.” After conducting the workshops, Heawood said IMPRESS added balance because people were concerned about that.

Below see a specific breakdown of the public’s responses to ethical issues in the press. 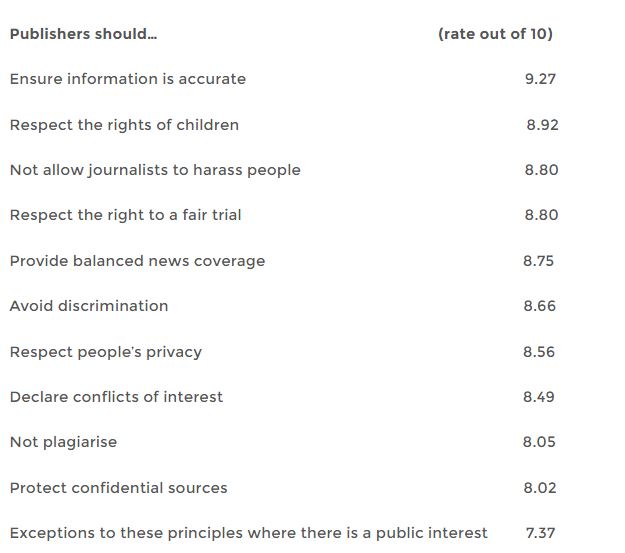 iMediaEthics reported in January about IMPRESS getting $5.5 million in funding from former head of Formula 1 Max Mosley’s trust.

Earlier this month, IMPRESS announced it had a total of 31 publications in the UK as members in its regulatory system. In January, IMPRESS had only 13. When asked about the growth of member publications, Heawood told iMediaEthics:

“With any new initiative like this, it takes a few early adopters to get things moving. The 13 publications we announced in January were prepared to sign up first, but we always knew that there were many more waiting in the wings. We’re now signing up more publications at a steady rate.”

IPSO, which describes itself as “the independent regulator for the newspaper and magazine industry in the UK,” replaced the defunct Press Complaints Commission, which was shuttered during the phone hacking scandal last September, as iMediaEthics has reported. It regulates more than 2,500 publications. IPSO declined to comment to iMediaEthics on IMPRESS.

IMPRESS is currently being reviewed by the Press Recognition Panel. “We’re currently going through the recognition process,” Heawood told iMediaEthics. “There have been two calls for information on our application, which have allowed publishers and other stakeholders to share their views. We’ve addressed the points which have been raised and the PRP are now considering our response.”

Clarified that more than half of respondents to the survey advocated regulation by an independent body as opposed to self-regulation. Thanks to IMPRESS’s Jonathan Heawood for pointing this out.

What are the Top 2 Ethics Issues in UK Media? IMPRESS Releases Info from Public Consultations & Poll