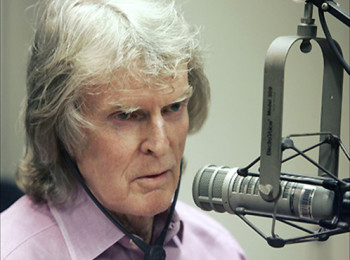 Is Apple’s Tim Cook a “bigot” for his Washington Post column on Indiana’s “religious freedom” law?

“You have this hypocrite, this bigot hypocrite, Tim Cook, who is running his mouth about the whole thing,” McGuirk said during Imus in the Morning, which was guest-hosted by Fox’s Dagen McDowell and Connell McShane, Business Insider reported.  McGuirk is the radio show’s executive producer, according to Mediaite.

McDowell questioned McGuirk’s comments, responding, “a hypocrite maybe, but a bigot?” McGuirk doubled down, saying Cook is a “religious bigot” because “he won’t allow these religious people to exercise their freedom.”

The apology distanced Fox from the comments, saying:

“Earlier this week on the Imus in the Morning radio program, which is simulcast on this network, there was a comment made calling Apple CEO, Tim Cook, a bigot. The Fox Business Network would like to make it clear that we in no way believe that. Mr. Cook runs a company that is an American success story and Apple has become a worldwide brand.”

Video of the comments is on Mediaite.

iMediaEthics has written to Apple and Fox for comment.