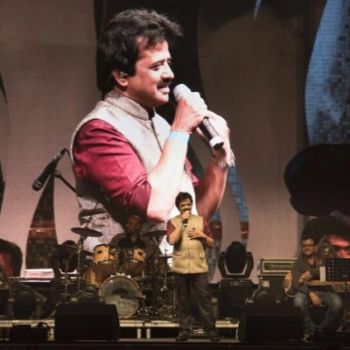 Kesiraju Srinivas, a singer in Hyderabad, India, was arrested after being accused of sexual harassment. However, when reporting on the arrest, Indian news site IndiaTimes.com used a photograph of the wrong man — instead of using a picture of Kesiraju Srinivas, the site used one of a Chennai singer and entertainer who goes by the name Srinivas.

The article and photo appear to have been deleted, as a link to the India Times article now goes to an error page. On Twitter, Srinivas tweeted to India Times staffer Saloni Singh calling for the photo to be removed and for India Times to give him “an apology and damages.”

In response, Singh tweeted an apology to Srinivas that states the article was unpublished and apologizes for the “inadvertent error.”

In an interview with South India news site The News Minute, Srinivas said, “I know a case might not get me anywhere, but something has to be done. There are bigger errors made by the media. I know in my case it is a one-off error, and it is not like I am in trouble. But good old journalism standards have to be back instead of first-to-report sensationalism.”

Hi Srinivas, I'm sincerely sorry for the goof up. The article has been pulled down and deleted from all social media handles. Apologies again for this confusion. And thank you for pointing out.

@IamSaloniSingh My name is Srinivas and I am a singer based in Chennai.. Some singer by the same name in Hyderabad gets arrested and Indiatimes publishes my photograph. You guys owe me an apology and damages