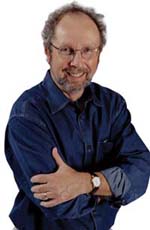 SJ: Gupta serves on the board of the Lance Armstrong Foundation.  He reports on Armstrong for CNN.  Is this an example of what you have called “competing loyalties?”

BS: Certainly based on the details that you’ve told me, I would say that there is competing loyalty in this situation.

Gupta has a loyalty to CNN’s viewers and online readers to cover the issues of health and sports, the issues of drug testing, the issues of athletes who are scrutinized. And specifically if he’s reporting on Lance Armstrong, to report on his connection to all these issues.  That obligation to the CNN’s viewers is significant. They expect and should expect truthful and accurate reporting. Gupta also has a loyalty to his employer to CNN to provide independent, professional coverage of those issues.

If Gupta is also a member of the board of directors of the LiveStrong foundation He has a loyalty to that foundation as would any board member. And by extension, he has responsibility to Armstrong as the namesake of the foundation. Gupta, by agreeing to be a board member, is serving in a way in which he furthers Lance Armstrong’s interests and the cause of the foundation, which may be very good.

We can see in these four loyalties, there is tension between them.

SJ: If Gupta has a competing loyalty issue, how and when does that become a conflict of interest?

BS: It’s possible that a board member might learn proprietary information. And that, if the board member is also a journalist, it would be in direct conflict with the journalist’s responsibility to consider reporting that information.

Presumably board members are doing their best to serve Lance Armstrong’s cause. It would be unusual for a board member to go to the meetings and support the nature and cause of a foundation and then as a journalist go out and write critical stories. That is just not likely.

SJ: What about disclosure?  In this case, Gupta said in the broadcast that he served on the board of LiveStrong, but didn’t specify that LiveStrong is the Lance Armstrong Foundation.  In the print companion piece there was no disclosure at all.

BS: I don’t think transparency is a solution. I don’t think that transparency alone makes the problem go away.  We should be transparent if we have competing loyalties, and we decide we’re going to operate with those. And if they’re not revealing the loyalties in this instance, then they do measure up to a conflict of interest.
SJ: What if a journalist makes the defense that they can separate the two–that they’re objective, despite a relationship to a source?  Is this possible?

Journalistic independence is a principle that is essential in protecting the integrity of the journalist and of journalism. It underpins our obligation to seek and report the truth.

SJ: And in Gupta’s case, can you see the two acts–serving on the board and reporting on Armstrong existing next to each other without a conflict of interest?

BS: In this case, it seems pretty clear being on the board of the Lance Armstrong Foundation, no matter how meritorious it might be, and then reporting on Armstrong… It’s unwise journalistically and it’s highly problematic ethically.

I think it’s a conflict of interest from everything I can see. It’s problematic to his credibility, and to that of CNN.
SJ: What can a journalist do on their own to try to avoid conflict, or even the risk of conflict?

BS: First of all, we should avoid the competing loyalties. Sometimes that’s not possible. I think that if someone is a parent, if someone is Catholic or a Jew or pick-your-religion–there are times in which one’s life, who we are, intersects with the role of practicing journalism.

If we happen to be a woman, or we happen to be a lesbian or gay, those are part of the fabric of who we are. Some other things are more of a choice–our voting behavior or our ideology. But in all of those, we have an involvement, and ideally we avoid the kind of activism that turns a competing loyalty into a conflict of interest.  An activism to my mind is when you choose to be on a board of directors That’s an activist statement.

I don’t think transparency is a solution. I don’t think that recusing yourself is in and of itself a solution. But if you have a conflict of interest, you have to have a step where you fully recuse yourself from involvement.
SJ: Why wouldn’t that have happened here?

BS: There are many capable people at CNN who could have done the story. And Gupta decided that it was essential he be on the board of directors.  If he thought it was so important to be involved, and CNN agreed, [Gupta] should not get within 20 miles of any story about Lance Armstrong or doping, or other athletes because that would be unfair.

CNN has an extensive policy. And there are several people at the executive level who deal with ethical issues at the company. My guess is that they wrestled a lot with this issue. I know the people at standards and practices. I have a lot of respect for them, but if they agreed to this, I think that’s unwise and wrong.

Our thanks to Bob Steele for unpacking this issue with us.

Check out StinkyJournalism’s previous coverage of Gupta and Armstrong here, and here.