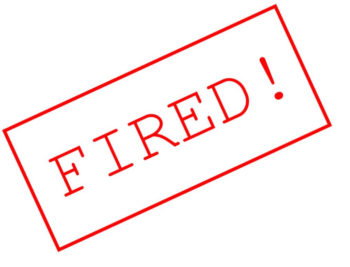 Iowa radio station KIOW fired host Orin Harris and producer Holly Jane Kusserow-Smidt after they said some high school basketball players were “Espanol people” and that they should “go back where they came from.”

KIOW admitted in an online statement that the comments were  “insensitive, thoughtless and degrading to others” as well as “deplorable.” The station said it apologized to the school whose players were mocked and fired Harris and Kusserow-Smidt.

The comments were posted online, Yahoo Sports reported, explaining, “The segment never aired on the radio, but the clip above was heard online, and caught by an eagle-eared listener who posted it on Twitter.” The audio clip posted on Twitter is below. Deadspin posted a transcript of the comments as well.

Harris also commented another student “sounds like he’s not a foreigner” but he “could be though.” To that, Kusserow-Smidt agreed “all foreigners.” Harris then remarked, “As Trump would say, ‘go back where they came from’.”

After his firing, Harris apologized in an interview with Iowa/Minnesota news station KIMT for having “disappointed all my family and friends.”

Kusserow-Smidt, who also teaches at Forest City School District, was “placed on administrative leave” after the comments, KIMT reported. The Forest City School website lists her as a third-grade teacher. The school’s Darwin Lehmann told iMediaEthics, “Yes, she is on administrative leave.  The length of time is to be determined as we continue to work with our legal counsel and review policies in regards to this situation.” Kusserow-Smidt has worked for the school for 42 years, Lehmann said.

The way these people talk about eagle grove is absolutely disgusting pic.twitter.com/ruwCeO3tHm