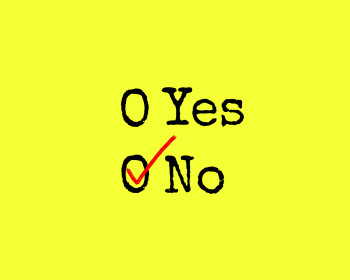 The Irish Mail on Sunday fessed up to publishing an interview with a woman who just lost five loved ones in a car accident, even though she didn’t realize the newspaper was publishing her comments.

The Irish Mail on Sunday said that Louise James “had not consented to being interviewed” and the newspaper published comments she thought were made “in a purely private capacity.”

Belfast Live’s article on the original Mail article is still published. According to that, James had discussed with the Mail reporter how she would move forward after the tragedy, her feeling that something bad had happened that day, and what her last phone call with her family was like.

In an apology the paper said:

“Last Sunday we published an article quoting from Louise James, who had lost her partner, mother, sister and two sons in the Buncrana tragedy. We wish to make it clear that Louise understood that she was speaking to our reporter in a purely private capacity and had not consented to being interviewed. She did not wish to give interviews to any media outlets. We are happy to make this clear and apologise to Louise and her family for the upset caused.”

See the print apology below, via the Irish Examiner: 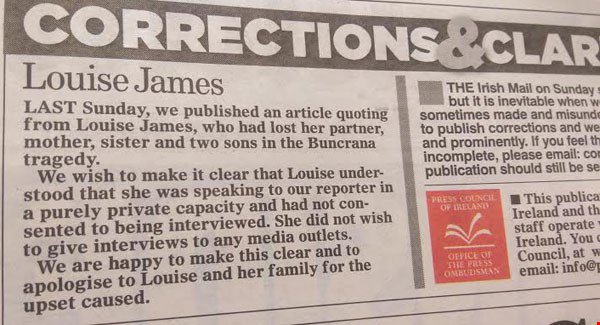 The Mail on Sunday apology (Via the Irish Examiner)

The Independent and Mirror, which both reported on the Mail on Sunday interview, apparently unpublished their articles, as links go to an error page.

iMediaEthics has written to the Mail to ask for more information about this apology including how the interview was published if James didn’t think she was on the record. We’ll update with any response.