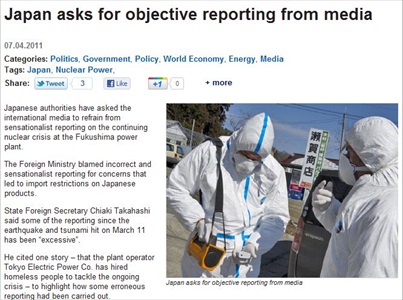 Japan’s foreign ministry has called on the international media to report objectively and not sensationally about the “continuing nuclear crisis at the Fukushima power plant.”