Jared Diamond in the Rough: Media, Misrepresentation, and Indigenous People

Jared Diamond in the Rough 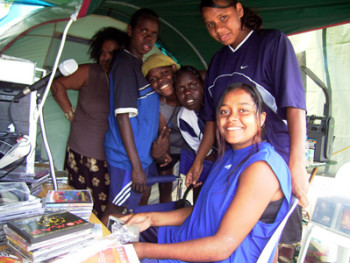 The Pig in a Garden: Jared Diamond and The New Yorker Series

Art Science Research Laboratory’s imediaethics.org is publishing a series of essays on the controversy surrounding Jared Diamond’s New Yorker article, “Annals of Anthropology: Vengeance is Ours.” The essay series titled, The Pig in a Garden: Jared Diamond and The New Yorker, is written by ethics scholars in the fields of anthropology and communications, as well as journalists, environmental scientists, archaeologists, anthropologists and linguists, et al. Valerie Alia’s essay is ninth in the series.

Much has been written about the questionable research, writing, and presentation of indigenous people in Papua New Guinea (PNG) in Jared Diamond’s New Yorker article, “Vengeance Is Ours: What can tribal societies tell us about our need to get even?”  I would like to place the article and discussion of it in a more general context of media ethics and media coverage of indigenous people. Moreover, I would like to consider it in the context of the important work that indigenous people around the world are doing, to tell more accurate stories – in their own voices – and to create their own media outlets and networks.

I wish I could say that Jared Diamond’s article is unique. Sadly, it is not. During thirty years of research on media ethics and identity, and experience working with / learning from indigenous people in several countries and regions, I have seen countless examples of misrepresentation, inaccuracy, sensationalism, cavalier treatment of individuals and communities, and general disregard for the effects of careless journalism on the people who are portrayed. I have learned to expect this from the tabloid press and its broadcast equivalents. I did not expect to find it in the pages of The New Yorker.

Where a situation is volatile and people are vulnerable, inaccuracies can be lethal. Without sufficient context, a media portrayal can invite or encourage stereotyping and misunderstanding, and inflame hate speech and conflict. This is particularly evident with respect to indigenous people. The following are examples of misrepresentation masquerading as journalism.

Jared Diamond in the Rough

BBC guest said there should be Brexit riots
OK to say man 'hijacked' stage to try for a viral wedding proposal, regulator says