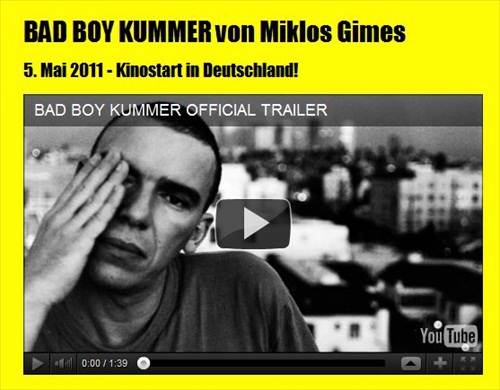 Tom Kummer, a journalist who fabricated stories and “exclusives” with celebrities for German magazines, is starring in a movie about “his journalistic deceits,” the Guardian reported. Kummer was busted in 2000 folllowing his report on “a particularly eye-opening interview with Christina Ricci.”

Kummer’s articles were also published in other outlets like weekly German magazine Stern, according to a New York Times report from 2000. Some of his alleged interviewees include Sharon Stone, Kim Basinger and Courtney Love.

“Bad Boy Kummer,” the documentary about Kummer’s exploits, was made by one of Kummer’s former bosses, Miklos Gimes. Gimes ran some of Kummer’s stories “in the 1990s” when he was the deputy editor at Tages-Anzeiger newspaper, according to the Guardian.

Kummer was paid for his role in the documentary, “but just for his time – he had no creative control over the film,” the Guardian reported Gimes said.  StinkyJournalism has written to representatives of the film to ask more about this payment arrangement — was Kummer paid to be interviewed?  Was the payment a key to Kummer’s participation in the film?

The film is “an uncomfortable reminder that some of their top names, including Ulf Poschardt, now a senior executive at the Axel Springer publishing house, happily printed Kummer’s fabrications for years,” according to the Guardian.

Kummer called those who fell for his stories “Kummer junkies,” the Guardian reported.

“I wrote impressionistic, creative, literary descriptions of the life of stars in the form of so-called interviews. Any professional editor, unless he or his organisation are completely incompetent, would have recognised this.”

The New York Times focused on Kummer’s fabrications in a report after Kummer was exposed. According to the Times’ June 2000 report, “most” of Kummer’s faux-interviews were published in a magazine for Suddeutsche Zeitung, a daily newspaper in Munich, Germany.

Suddeutsche Zeitung “cut its ties” to Kummer in April 1999, but waited until May 2000 to apologize to and inform readers of Kummer’s fabrications. The apology for publishing Kummer’s “falsified” interviews came after German magazine Focus reported on Kummer’s made up stories.  The newspaper also fired two editors from the magazine section that published Kummer’s stories.

At the time, Kummer claimed that his editors both “knew and apporved of his methods.” According to the Times, Kummer was also fired in 1990 “from another magazine” for making up a story.