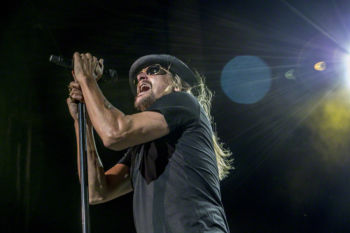 The Post‘s Sept. 10 story by Linda Massarella was headlined, “Kid Rock gloats over Sharpton kid’s bust.”  It read in part, “The performer retweeted The Post’s story of Ashley Sharpton’s weekend arrest on charges she struck a cab driver and stole his keys, adding, ‘These ‘activists’ are such nice people . . . not.'”

A later story by the Post‘s Massarella reported that Kid Rock, who is teasing a U.S. Senate run, “distanced himself” from the tweet, and seemingly maintained the Post‘s reporting about the tweet as real. “The tweets were posted Sunday under the handle Senator Kid Rock, an account set up in July that links back directly to the ‘Cowboy’ singer’s campaign website, which links to his performer site,” the follow-up story reported.

iMediaEthics has written to the Post to ask why it didn’t post a correction, if it contacted Kid Rock for comment before publication, and why it argued that a Twitter link counts as verification.

In a Facebook post and statement on his website, Kid Rock wrote in part, “Just saw this latest fake news piece…
http://nypost.com/…/kid-rock-gloats-over-sharpton-kids-bust/
The idiot that posted it is such a bad reporter that he/she did not even check to see if this was my Twitter (which it is NOT!) – of course the press will report on everything else I have said here except this fake news. Unreal. (and these are the types of stories that can not be taken back in this day and age because they go viral so quickly and the damage is done before the corrections can be made.)”