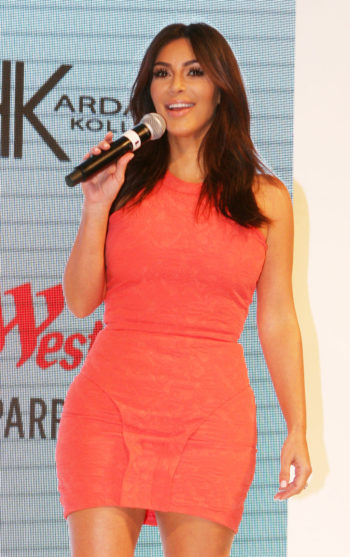 Kim Kardashian West settled her libel lawsuit against gossip website Media Take Out, after it claimed she faked her Paris robbery earlier this month.

“We settled the case,” Kardashian’s lawyer Andrew Brettler told iMediaEthics by e-mail. “We’re pleased that the matter has been resolved.”

As iMediaEthics has reported, Kardashian sued Media Take Out for “unspecified damages” for claiming she faked being robbed. She was robbed of more than $10 million worth of belongings on Oct. 2 at a Paris apartment and was tied up by the robbers, her spokesperson told the Associated Press. After her lawsuit, Media Take Out founder Fred Mwangaguhunga acknowledged “it’s clear that the reporting that we did hurt her” and indicated the lawsuit would be resolved quickly.

Media Take Out published a retraction Oct. 24 headlined, “RETRACTION: Kim Kardashian Was In Fact ROBBED in Paris.” The retraction reads:

“MediaTakeOut regrettably published a series of false stories about Kim Kardashian West suggesting she faked the robbery in Paris, lied to authorities and then filed a $5.6 million fraudulent insurance claim for her stolen jewelry. MediaTakeOut knows that Mrs. Kardashian West was in fact robbed in Paris. We have permanently removed from our website any and all posts that suggested she staged the robbery, lied about it to the French police and committed an insurance crime.

“We sincerely apologize to Mrs. Kardashian West and her family for the false stories we published and regret suggesting that what happened to her in Paris was anything less than horrific.

“We are pleased that this matter has been resolved to satisfaction of all the parties.”

iMediaEthics has written to Media Take Out for comment.