Media Take Out Founder: 'It's Clear that the reporting that we did hurt' Kim Kardashian - iMediaEthics

Media Take Out Founder: ‘It’s Clear that the reporting that we did hurt’ Kim Kardashian 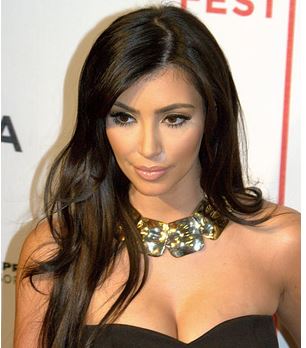 The founder of gossip website Media Take Out acknowledged having “hurt” Kim Kardashian West by suggesting in stories that she faked her Paris robbery earlier this month.

As iMediaEthics has reported, Kardashian filed a libel lawsuit against Media Take Out for its reports about her and her Oct. 2 robbery in Paris where more than $10 million worth of belongings was stolen from her and she was tied in a bathroom.

The article in question has been deleted now. “Defendants have no credible or reliable sources for the outrageous claims included in the Articles,” the lawsuit said. “The only potential sources with actual knowledge of what happened to Kardashian,” according to the lawsuit, were Kardashian, the apartment concierge and the robbers themselves.

In an interview with CNN, Media Take Out founder Fred Mwangaguhunga acknowledged that in hindsight, “It’s clear that the reporting that we did hurt her, and we certainly don’t want that to be what we do.” He added that he thought the lawsuit would be “resolved very soon.”

“It’s a bigger issue than just someone telling you to take it down,” Mwangaguhunga said to CNN. “Sometimes you take it down because there’s something on there that’s not right and your readers are being misled by the information on it.”

“Kim Kardashian is not just a celebrity, she is a human being. She is a mother, she is a wife and she was a victim of a violent crime. She definitely did not deserve it and she deserved to be believed,” he went on.

iMediaEthics is contacting Kardashian’s lawyer for comment about whether Mwangaguhunga’s expression of regret affects the lawsuit.

Media Take Out Founder: ‘It’s Clear that the reporting that we did hurt’ Kim Kardashian