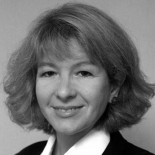 Tracy Wilkinson, pictured above, compared reporting in Mexico to reporting in a war. (Credit: The News Literacy Project)

Los Angeles Times reporter Tracy Wilkinson compared reporting in Mexico with reporting from a war, the Knight Center for Journalism in the Americas reported.

Wilkinson is the Mexico City bureau chief for the Los Angeles Times and discussed problems in reporting from Mexico during a panel titled “The War Next Door: Reporting Mexico, Drugs and the Border.”

The three biggest issues in reporting in Mexico include getting information from sources, maintaining editorial independence and deciding when to report “grisly images” and “horrific details,” Wilkinson detailed.

She explained that reporting has become more difficult recently “because of the escalation of violence, the expanding spheres of influence of the cartels, and the abandonment of any and all rules.”

Wilkinson emphasized that it’s much harder for Mexican reporters than it is for foreign journalists in Mexico because Mexican journalists can have their salaries suspended and their families put at risk as a result of their reporting.

The turning point was about two or three years ago, according to Wilkinson.

“You do not know who the enemy is. You walk into Reynosa or Tiquicheo, Michoacan, as a reporter and who do you trust?  Basically, no one. The taxi drivers are halcones, lookouts. The local empresario (business owner) is very possibly in cahoots with the cartel, as are the local cops and the mayor. So, possibly, are some of the local journalists,” Wilkinson explained.

In Wilkinson’s Nov. 7 Los Angeles Times report on “living behind enemy lines in Mexico,” she explained that “journalists practice a profound form of self-censorship, or censorship imposed by the narcos.”

In the report, she profiled life for a commuter, a dentist, a journalist. a mother and a businessman about living in Reynosa, Mexico.

The journalist told her that “Everyone knows what can be written about and what must be ignored,” she reported.  Wilkinson noted that “four local journalists disappeared from Reynosa” just in March.

StinkyJournalism has written to Wilkinson and will update with any response.

Reporters without Borders listed Mexico as 136 of 178 countries on its 2010 Press Freedom Index.

iMediaEthics wrote in September when the Mexican newspaper El Diario de Juarez published a letter appealing to the drug cartels.  The newspaper asked the cartels what they would like to be reported and agreed to limit reporting, following the death of one of the newspaper’s journalists.  That was the second journalist from that newspaper to be killed in the past two years.

In September and October, two Mexican newspapers were attacked.

In late October, the governor of Mexican state Chihuahua promised to protect journalists and give tougher sentences to killers of journalists.

Thanks to StinkyJournalism columnist Robert Buckman for the tip on this article.