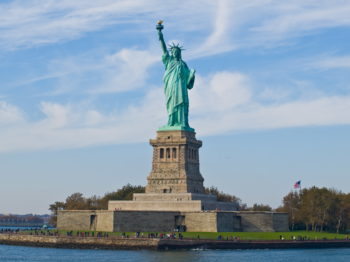 One of the questions facing lawmakers in their attempt to reform the immigration system is what to do with the estimated 11 million immigrants currently living in the United States illegally. Besides deportation, which most politicians and the general public oppose, the two major choices are to allow most who immigrated illegally – those who have otherwise obeyed the law and meet certain requirements (like paying back taxes and learning English) – either a path to citizenship or legal residency status without a path to citizenship.

Polls have presented these two options to the American public in quite different ways, and they often show conflicting publics. Part of the problem is that the issue itself is quite complex, with the conditions for a path to citizenship varying substantially among various proposals. Getting all the relevant information in a poll is not easy.

Below are three recent polls, which come to different conclusions about whether to allow those who immigrated illegally the opportunity to become U.S. citizens. Gallup shows a public overwhelmingly in favor (65% to 32%); Rasmussen reports a public overwhelmingly opposed (65% against, only 18% in favor); and Pew shows a modest margin in favor of U.S. citizenship, 43% to 24%.

The differences among the polls are almost certainly due to question wording and question context, rather than to sampling.

Rasmussen, for example, talks about “granting” citizenship or legal residency to immigrants, implying it would be an immediate and unconditional privilege, while Gallup and Pew are more circumspect – Gallup phrasing the question as “allowing” immigrants the “chance to become U.S. citizens if they meet certain requirements,” and Pew asking if immigrants “should be able to apply” for either citizenship or residency.

“Granting” citizenship or legal residency is an exaggeration of what most proposals include. Typically, they specify meeting certain conditions (for one discussion, check out NBC Latino’s recent post, or see the Senate’s Gang of Eight proposal), including a trial period of several years.

Question wording by Pew and Rasmussen are somewhat closer to each other than to Gallup’s. Pew asked the question about legal residency or citizenship only among respondents who indicated that immigrants should be allowed to stay in the country. Rasmussen prefaced his question on this choice by saying “If they [those who immigrated illegally] are allowed to stay.” In both cases, then, it was assumed that the immigrants would stay. But the two pollsters came up with very different results as to what proportion of the public favored a pathway to citizenship.

One reason for Pew’s more positive and Rasmussen’s more negative results may be that Pew preceded its question with several other questions about the advantages and disadvantages of immigration in general. These questions may have suggested a favorable approach to immigration. And, of course, Rasmussen’s phrasing of the issue as “granting” U.S. citizenship rather than “allowing” immigrants to “apply” for citizenship, could also have contributed to the gap in findings between the two pollsters.

When pollsters raise the issue of legal residency vs. citizenship, their respondents do make a choice. But is this choice mostly a creation of the poll itself? How many people actually make a distinction between the two types of legal status – permanent residency only, or U.S. citizenship?

In fact, the two wordings produced almost the same percentages. The permanent legal residency question found 69% in favor, 29% opposed. This is just slightly less positive than the 65% to 32% margin produced by the citizenship question.

These results suggest that most people haven’t really thought of the differences between permanent legal residency and U.S. citizenship. And because so many people haven’t really thought about such differences, the polls themselves – the way they are worded and constructed with other questions – can greatly influence what answers respondents say. That’s how we can find such drastic differences among three polls, as reported in this article.

So, what’s the truth? The answer is, at best, ambiguous. When pollsters insist on asking people forced-choice questions, which pressure the respondents to come up with opinions even if they haven’t given the issue much thought, the poll results produce impossibly conflicting pictures of the public.

Currently, iMediaEthics is conducting its own poll about this issue of a pathway to legal residency or a pathway to U.S. citizenship. In the poll, we take into account non-opinion and intensity of opinion, which the other cited polls in this article do not.

For the results, stay tuned.