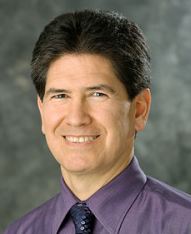 How should journalists write about people who are in a country without legal certification to be there?  What terms are OK to use, and what terms are sensitive?

Should journalists use the term “illegal immigrant”?  iMediaEthics wrote last month about the issue (see here).  We cited linguist Otto Santa Ana, who commented on the issue in an American Journalism Review report.  Santa Ana is a UCLA professor of Chicana and Chicano studies.

iMediaEthics spoke with Santa Ana by phone last week.  He advised journalists to shy away from the words “illegal” and “undocumented,” which he called partisan terms.  Santa Ana advises that journalists use the term “unauthorized immigrant.”

“Illegal” is a particularly sensitive descriptor, Santa Ana noted.  For a comparison, he referenced a jaywalker isn’t typically called “illegal” — even though the jaywalker’s activities going somewhere they’re not supposed to may be illegal.  “To call someone an illegal is to qualify some aspect” of the person, Santa Ana explained.

“Each and every time that you say illegal immigrant, the characterization fully characterizes the individual as a criminal.  It works against our sense of justice in this country to do that….Those modifying adjectives characterize people as their primary distinguishing feature, they’re criminality.  We don’t think of a kid who skips school as an illegal student, and yet that’s the same type of legal impropriety” associated with unauthorized immigrants.

“The worst thing you could do, however, is to characterize people as illegals — not to use the adjective, but to use the noun because that becomes their singular characterizing quality,” Santa Ana said.

“Many of the people are not immigrating,” Santa Ana noted.  “They are coming to work. They are migrating, not immigrating.  They are not intending to leave” their home countries, so labeling them “immigrant” is incorrect.

Santa Ana advised careful and precise use of terminology – instead of using whatever term is commonly accepted or used in the media.  “I think it’s your responsibility as journalists to recognize the political positioning that different advocacy groups are taking and to avoid with a great effort taking a position, except for on the editorial page,” Santa Ana said.

“There’s supposed to be a level of fairness and so, yes, it’s appropriate to describe people more fully,” he said.  “It’s certainly inappropriate to cast all migrants and immigrants into the category of illegal.”

Santa Ana explained that he hasn’t really lobbied to have a change of terminology, but that he is “part of the informal advisory board” for the “Drop the I Word” campaign.

Santa Ana wrote for Hispanic Link News Service in July 2008 (see post here) criticizing journalists’ use of political terminology in referring to immigrants and migrants.  He noted that “a class of UCLA students helped” him look at how the media reports on the issue.  See his whole post here.

The “Drop the I-Word” Campaign

“Drop the I-Word” campaign argues that the word “illegal” “creates an environment of hate by exploiting racial fear and economic anxiety, creating an easy scapegoat for complex issues, and OK-ing violence against those labeled with the word.”

The campaign, backed by online magazine ColorLines and the Applied Research Center, claims that the word illegal is “a damaging word that divides and dehumanizes communities and is used to discriminate against immigrants and people of color.” but the “I-Word” campaign challenges the use of “illegal alien, illegal immigrant and other harmful racially charged terms.”

The campaign is endorsed by more than a dozen groups including the Women’s Media Center.

A Sept. 22 blog by Leo Laurence on the Society of Professional Journalists’ diversity committee blog calls the term “illegal immigrant” “inconsistent” with the constitutional right of innocent until proven guilty.

The blog features a “clarification” that the post is “an opinion piece and does not reflect the views of SPJ, its membership or its Diversity Committee. The committee itself has taken no official initiative on this topic.”

According to Laurence, “the only person who can properly say that someone is doing something illegally (e.g., is an “illegal alien”), is a judge; not a journalist or politician or anti-immigrant advocate.”

Laurence advised that journalists avoid the term “illegal immigrant,” but that if the term is used,” add the modifying adjective “suspected,” as ‘pro’ journalists do when writing about arrestees or police suspects.”

In a more recent letter published in SPJ magazine The Quill, Laurence explained that the issue was discussed at the SPJ national convention and as a result has launched a “yearlong educational campaign designed to inform and sensitize journalists as to the best language to use when writing and reporting on people of different cultures and backgrounds.”

Laurence noted that “the preferred phrase” is “undocumented immigrant,” but that the AP style book opts for “illegal immigrant” as the recommended term.  Laurence and Santa Ana have criticized the decision by the Associated Press to recommend “illegal immigrant.”

As American Journalism Review reported, the Associated Press’ deputy standards editor, David Minthorn, backed the term “illegal immigrant,” which has been listed in the stylebook since 2004.

“Together the terms describe a person who resides in a country unlawfully by residency or citizenship requirements.  Alternatives like undocumented worker, illegal alien or illegals lack precision or may have negative connotations.  Illegal immigrant, on the other hand, is accurate and neutral for news stories.”

The National Association of Hispanic Journalists, according to Laurence, advises against the use of “illegal immigrant,” because it “criminalizes a person.  Preferred terminology includes “undocumented immigrant” and “undocumented worker.”

Laurence and the SPJ have been criticized for the letter.

The Daily Caller’s Matthew Boyle noted that “Conservative columnist and media personality” Michelle Malkin called the educational effort an example that SPJ “is not an objective news source.”  Boyle in a separate story stated he wouldn’t be “renewing his SPJ membership next year” as a result of the campaign.

Malkin, who herself is a partisan figure, is quoted as saying in the Daily Caller:

“I think they should drop the pretense that they are an objective news organization, especially because the euphemism that they favor is far more politically loaded than the one that they’re trying to replace.”

iMediaEthics has written to Laurence for comment and will update with any response.