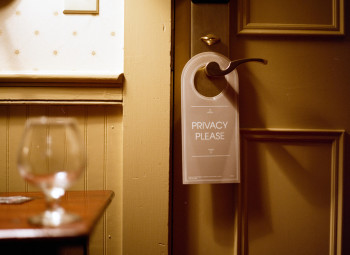 A UK man set up a surveillance camera outside his doorbell and got a video of a “half-naked heroin addict injecting on his doorstep.” Then, he posted that video on his YouTube page and printed posters with images from the video around his building.

The Mirror Online published a story about the man, Peter Prakodwong, and his video footage and posters, headlined “Resident films junkie injecting heroin on doorstep ‘like scene from Living Dead’ then plasters her image on ‘wanted’ posters.” Then, Prakodwong told his story to a news agency, claiming his actions were successful at getting drug users to leave the neighborhood.

Prakodwong, however, complained to the UK press regulator the Independent Press Standards Organisation that the article was an invasion of privacy and inaccurate. He was upset that the article included the name of his street and that the images from the video — which, remember, he recorded and shared — had the street number where he lives.

While the man wasn’t named in the Mirror article, he was named by IPSO when he complained. iMediaEthics didn’t see any social media presence for Prakodwong; we have written to the Mirror.

In terms of alleged errors, Prakodwong denied the Mirror’s claim that he had “raced home” after he saw on his phone the woman injecting herself was on his doorstop, that the woman removed his posters within a few days and that he gave his video to the police. He also was upset he didn’t get a copy of the article before publication to read, and that he was named in the story since he told the news agency he wanted to be anonymous.

The Mirror denied his claim, noting it checked the timeline and other facts with Prakodwong before publication and he didn’t raise any complaints then. Further, the Mirror said that Prakodgwong didn’t complain when the news agency told him they would include his address in the article, and noted that in his YouTube video, Prakodwong didn’t blur the number on his door.

Because Prakodwong didn’t complain before publication when contacted to verify details and because the claims he disputed were of an insignificant amount of time,  his accuracy complaint was thrown out,  IPSO decided. And, as one might expect, IPSO rejected Prakodwong’s invasion of privacy complaint since he himself had been the person to post the video on YouTube and make and distribute posters featuring stills from the image.

Prakodwong complained about other outlets’ coverage of his story for similar reasons. In contrast with the Mirror, which let the matter go to IPSO and got all the complaints rejected, the Metro Online offered to edit its article and remove a picture of his building, to resolve the complaint. The Mail offered to post a footnote on its article, change its headline, edit its story, and remove references and images of Prakodwong’s home, which resolved that complaint.