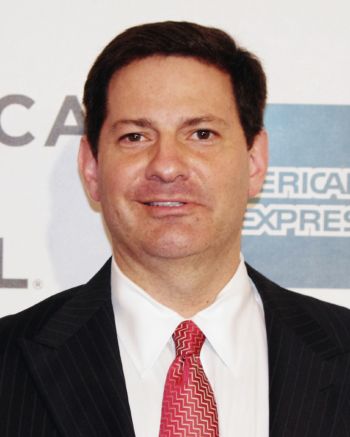 Veteran journalist Mark Halperin is “leaving his role” at MSNBC after five women told CNN he sexually harassed them during his time working at ABC News between the “1990s to the mid-2000s.”

iMediaEthics wrote to MSNBC to ask what the length of his suspension is, if he is paid or unpaid, and what the investigation would include. An MSNBC spokesperson only stated, “We find the story and the allegations very troubling. Mark Halperin is leaving his role as a contributor until the questions around his past conduct are fully understood.”

CNN broke the allegations of harassment yesterday, explaining they “range in nature from propositioning employees for sex to kissing and grabbing one’s breasts against her will” CNN noted that Halperin denied the grabbing or pressing claims, and added “None of the women have said, though, that he ever promised anything in exchange for sex, or suggested that he would retaliate against anyone.”

Halperin admitted to CNN he “did pursue relationships with women” he worked with at ABC News. “I now understand from these accounts that my behavior was inappropriate and caused others pain,” he told CNN. “For that, I am deeply sorry and I apologize. Under the circumstances, I’m going to take a step back from my day-to-day work while I properly deal with this situation.”

Halperin has not tweeted since the story broke last night. iMediaEthics tweeted him asking about the suspension.

ABC News’ president James Goldston sent a note to staff, CNN’s Oliver Darcy tweeted. In the note, Goldston told staff how they can report harassment or inappropriate behavior. iMediaEthics has written to ABC News to ask if it is investigating the allegations against Halperin, if ABC News had been aware of them before now and, if so, when ABC News became aware. “Mark left ABC News over a decade ago, and no complaints were filed during his tenure.” an ABC News spokesperson wrote in response.

HBO ended its relationship with Halperin as well, dropping Halperin’s forthcoming series on the 2016 election, the Daily Beast reported