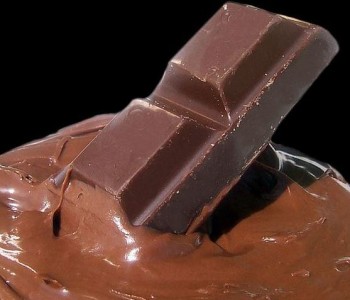 Journalist John Bohannon admitted last week that he intentionally duped the media with a study saying chocolate helped weight loss. Bohannon wrote on Gawker-owned site io9 confessing to his large-scale trick, which he conducted to see if it would be easy to get the media to fall for bogus information.

The Huffington Post has published an update on its March 31 article acknowledging the study it reported on “was not a real study but an experiment conducted to prove the lack of investigation and inaccurate science published online when it came to diet research.”

Cosmopolitan Germany updated its March 30 story to admit it fell for “fraud.”

The Daily Mail posted a note at the bottom of an article on the chocolate diet reading:  “A previous version of this article made reference to a German study which claimed a link between cocoa diets and weight loss. We have removed this reference as the study was subsequently revealed to be incorrect.”

Prevention magazine posted this editor’s note: “Editor’s Note: This article reports on a study later revealed to have been conducted by an unqualified researcher who manipulated the statistics in order to produce a significant result. It was published in a journal that doesn’t peer-review its research. We regret the error. There is legitimate research on the benefits of chocolate, but this study doesn’t qualify.”

Other outlets have not published corrections or updates on their stories, including the UK Express, the UK Daily Star, and Texas’s KLTV.

How the Prank Happened

According to Bohannon, German TV reporter Peter Onneken and Diana Löbl enlisted him to help with their “documentary film about the junk-science diet industry.”

“They wanted me to help demonstrate just how easy it is to turn bad science into the big headlines behind diet fads,” Bohannon wrote. “And Onneken wanted to do it gonzo style: Reveal the corruption of the diet research-media complex by taking part.”

Bohannon noted that he previously had tested peer review publishing by entering “ridiculously flawed papers” to see who accepted them.

The group did conduct a study on weight with chocolate as a factor, but Bohannon explained its “study design is a recipe for false positives” because they tested “18 different measurements…from 15 people” so something was likely to have a positive result they could tout. In addition, the size of the group was so small the study “amplifies the effects of uncontrolled factors.”

Bohannon said he submitted the study to 20 journals and it “was accepted for publication by multiple journals within 24 hours” without having to deal with peer review. Bohannon’s group paid 600 Euros for publication.

Finally, Bohannon sent out a press release after talking with a friend about how to appeal to “journalists’ incredible laziness.” His press release had “everything” to catch media attention, he wrote.

“In reporter lingo: a sexy lede, a clear nut graf, some punchy quotes, and a kicker. And there’s no need to even read the scientific paper because the key details are already boiled down. I took special care to keep it accurate. Rather than tricking journalists, the goal was to lure them with a completely typical press release about a research paper.”