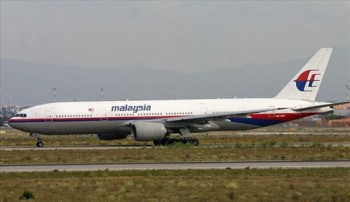 BBC News got in trouble after its coverage of the July 2014 Malaysian Airlines plane MH17, which was shot down in Ukraine last year.

BBC showed one of the victim’s passport pictures live on air for five seconds, according to the Guardian.

But, despite the complaint to UK broadcast regulator OfCom, OfCom decided the BBC rectified the problems. The BBC apologized, OfCom said in a Jan. 5 report.

“Having reviewed the evidence, Ofcom found the BBC took steps to limit any offence caused; including apologising and ensuring the image was not shown again in later reports. As a result we consider the matter resolved,” the Guardian reported an OfCom spokesperson said.

The BBC told OfCom it got the clips from the crash site, including the passport photo, from “a Russian TV station,” according to the OfCom ruling.

BBC added that it “immediately recognised that this image carried the potential for distress” and decided not to re-broadcast the image. It also told staff to double check before airing any graphic images.

OfCom pointed out that the photo “was capable of causing offence” especially because it was aired within five hours of the crash so there was no way the victim’s family would have been told about the death.

Ultimately, OfCom decided that the photo was offensive and “the offence was not justified by the context in this case.” But, the BBC’s apology and promise to better vet graphic content compensated for the judgment failure, OfCom ruled.

iMediaEthics asked the BBC for comment on the decision and if it showed its apology on air or just issued it privately. A BBC spokesperson provided iMediaEthics with the BBC’s statement at the time about the broadcasting controversy:

“In fast moving coverage of the breaking news story a picture of a passport was briefly shown. We quickly realised and moved to ensure it was not shown again. We apologise for any distress caused.”

As iMediaEthics previously reported, media coverage of the MH17 plane crash prompted several media ethics issues.  Sky News and its reporter Colin Brazier apologized after Brazier went through a victim’s luggage in a live on-air report. Likewise, an Australian reporter, ABC’s Phil Williams, went through the wreckage in an on-air report, picking up a scarf and part of the plane.

A Dutch reporter, Caroline Van Den Heuvel, was criticized for reading a diary from the wreckage of the crash.

MSNBC was hoaxed by a prank phone caller pretending to be a witness to the crash.