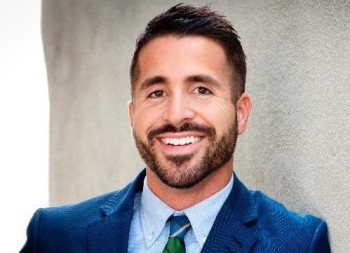 UCLA graduate student Michael LaCour issued his long-awaited response to the controversy surrounding his same-sex marriage study which Science has now retracted.  LaCour admitted errors in the survey experiment and to “misrepresenting survey incentives and funding.”

Science retracted the paper for “three key reasons” — “misrepresentation of survey incentives, false statements of sponsorship; and the inability to produce original data.”

LaCour sent iMediaEthics a 23-page essay responding to the questions raised about his 2014 paper, co-written with Columbia University’s Donald Green, who has stated he wanted the paper retracted. LeCour previously issued a statement standing by his report.

The abstract for LaCour’s May 29 statement reads in part that his essay will “introduce evidence uncovering discrepancies between the timeline of events presented in Broockman et al. (2015) and the actual timeline of events and disclosure.”

iMediaEthics had asked LaCour for a response to Science‘s retraction of the study.

LaCour claims that the failure of other political scientists to “replicate [his study] is likely the result of a failure to follow the respondent-driven sampling procedure” he used.

The abstract goes on to state:

“Finally, a replication experiment, that does not rely on surveys, conducted independently of the parties involved, reproduces the main finding reported in LaCour and Green (2014).”

LaCour claimed that he couldn’t produce the raw survey data because “it was destroyed.”

“After data collection was completed in January 2014, the raw survey data obtained from Qualtrics was destroyed, as required by institutional policy,” LaCour wrote. iMediaEthics notes that Qualtrics previously said it didn’t have the data and couldn’t have conducted the survey. A Qualtrics “spokesperson clarified to Politico that it did not collaborate with LaCour or anyone else on the study.”

“Qualtrics said it was not familiar with the project and ‘denied having the capabilities’ to do some of what the survey described, according to Green,” Politico added.

LaCour said he didn’t give the raw study data because it was “destroyed due to privacy/confidentiality requirements as stated above.”

He also criticized the political scientists who raised questions about his study, writing:

“I note that Broockman et al. (2015)’s decision to not present the lead author with the critique directly, by-pass the peer-review process, privately investigate data collection activities without knowledge or consent of the author, demand confidential identifying information from respondents in a study without grounds or standing to do so, publicize unsubstantiated allegations and hearsay prior to a formal investigation, is unprecedented, unethical, and anomalous in the relevant literature.”

LaCour did acknowledge errors in the survey experiment and to “misrepresenting survey incentives and funding.”

Regarding funding, he wrote:

“In fact, I received a grant offer from the Williams Institute, but never accepted the funds, the LA GLBT received funding from the Evelyn and Walter Haas Jr. Fund., and the Ford Foundation grant did not exist. Instead, I raffled Apple computers, tablets, and iPods to survey respondents as incentives. I located some of the receipts, Link here. 1 Some of the raffle prizes were purchased for a previous experiment I conducted. I take full responsibility for destroying data
in the interest of institutional requirements.”

The link goes to a PDF of receipts for several Apple products.

The New York Times reported today that LaCour “did not have funding from the sources he named in the published study itself, according to the institutions  that supposedly made the financial contributions.”

“The Ford Foundation, the Evelyn and Walter Haas Jr. Fund, and the Williams Institute at U.C.L.A., all confirmed that they had not provided any money to Mr. LaCour or the research project,” the Times continued.

In his essay, LaCour suggested the political scientists David Broockman and Joshua Kalla were unable to replicate the survey findings LaCour claimed to have received because they “seemed to have not followed the sampling protocol in LaCour and Green (2014), namely respondent-driven sampling and distribution through mail.”

“The failure of Broockman et al. to describe the sampling procedure utilized in their ‘replication efforts’ makes it impossible to evaluate the study’s scientific merit and thus has no bearing on LaCour and Green (2014),” LaCour wrote.

iMediaEthics asked the political scientists for a response to LaCour’s statement. We received a joint statement from David Broockman, Joshua Kalla and Peter Aronow reading:

“We stand by the findings reported in ‘Irregularities in Lacour (2014).’ In our view, none of the claims made in LaCour’s response meaningfully address the concerns articulated in our report, Professor Green’s retraction request, or the Science retraction.”

LaCour claimed that Green’s statement in his retraction request to Science about Qualtrics being unable to produce any data was “implausible” because he said Green didn’t have the user name for the account. LaCour repeated his earlier statement that he wouldn’t give Green the contact information for the survey respondents because it was against “institutional policy.” LaCour said he wouldn’t comment on the allegations against him because of his lawyer’s advice.

iMediaEthics asked Green for a response but he declined to comment. “Now that Science has published a retraction of ‘When contact changes minds: An experiment on transmission of support for gay equality’ by LaCour and Green, I will decline further comment on this case until the administrative investigation at UCLA runs its course,” Green e-mailed iMediaEthics.