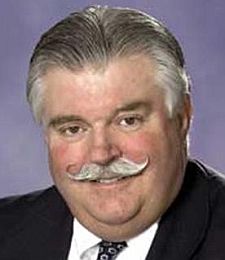 Michigan State Senator Bruce Patterson (R-Wayne County) has introduced a bill that would license journalists in the state of Michigan.

The bill was introduced May 11 and has been referred to committee. While journalists and ethicists have spoken out against the bill, news organizations report that Patterson doesn’t expect the bill to go anywhere – he just wanted to start a discussion about the licensing of journalists.

Jack Lessenberry reported on Toledo Blade that Patterson said he proposed the bill because “I mainly just wanted to stimulate discussion.”

“You have bloggers and editorial writers who write about what we are doing who never come up here and have no idea what’s going on. If I need a plumber, I want one who has credentials and who is licensed by the state.”

BIll Cotterell wrote on Tallahassee.com June 3 that Patterson wanted to stir debate about the “point that the public has no way of knowing the veracity of what it sees, hears and reads.”

“The Internet, however, needs an editor. There is some very good stuff online, and a lot of garbage.”

Lessenberry reported in The Toledo Blade that the bill “would set up a governor-appointed board to determine who could be a Michigan Registered Reporter.  According to his specifications, successful candidates would have to show that they had a journalism degree, three years of experience, or other qualifications, including letters from already sanctioned reporters.”

If made into law, the bill doesn’t make non-registered reporters defunct.  It just would specify which reporters had signed up for and been state-approved.

“Nothing horrifies journalists more than the idea of state-regulated media,” Lessenberry wrote in The Toledo Blade May 28.

“The idea of a state-regulated media in any way, shape, or form is directly contradictory to the First Amendment, which says, ‘Congress shall make no law respecting an establishment of religion, or prohibiting the free exercise thereof; or abridging the freedom of speech, or of the press…” Lessenberry wrote on The Toledo Blade.

Jason Stverak wrote on The Washington Examiner that it’s a “dangerous trend” because it “attempts to control the media.”  Stverak also wrote that not having the media independent of politics could “open the door for more political corruption and scandals”

Jack Lessenberry also wrote about the bill on the Jack Show blog May 25.  Lessenberry wrote that he understands Patterson’s angle.  “I have been reporting on serious subjects for more than thirty years. I see people writing on blogs or running their mouths on various broadcast media who clearly have no idea what they are talking about, and who haven’t bothered to check their facts,” Lessenberry wrote.

Lessenberry stated that he didn’t see any journalist wanting to be state-licensed, but that he could “see lobbyists and public relations types applying for that designation.”

Fox News reported May 28 that Poynter’s media ethics expert Kelly McBride said that the bill is “misguided and it’s never going to fly.”

Fox News reported that McBride understands the Republican Patterson’s problem with identifying “real journalists” but that the bill isn’t the answer.

Patterson compared what his bill would require to the current procedures for vetting of expert court witnesses.

Fox News reported that Michigan Press Association’s executive director Mike MacLaren said, “It’s a single-sponsor bill. I think that says it all…I’ve not talked to the senator about this but whenever you see a single sponsor it’s usually indicative of what others think of it, which is not much.”

The Daily Tribune wrote May 13 that Patterson had also introduced a bill that would have made “newspaper customers to pay a deposit on each newspaper they purchase equal to one-half the retail price of the newspaper.”   But, as The Daily Tribune reported, “Patterson admits this was a ruse to get the media’s attention and he doesn’t plan to proceed with the bill.”

The Daily Tribune reported May 13 that Patterson is term-limited and on his way out of office.

iMediaEthics has written to Patterson’s office and received an auto-reply that to save money, he has cut his staff size, and e-mails from constituents are addressed first.