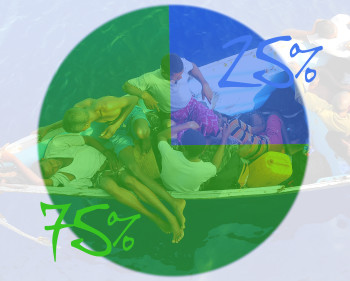 The newspaper got it wrong because its reporters misinterpreted statistics from the Office for National Statistics (ONS) UK Labour Market Statistical Bulletin in 2015. “The article gave the significantly misleading impression that migrants were displacing British-born people in the workforce,” the Independent Press Standards Organisation said.

Economist Jonathan Portes complained about the article, explaining to IPSO that the statistics from the ONS “represented net changes in employment, and not new jobs. He said that it was obviously wrong that migrants fill most new British jobs; the vast majority of people starting a new job every day in the UK are born in the UK.”

Further, net changes do not account for people who retire or work multiple jobs.

Portes told iMediaEthics by e-mail: “I am glad that once again IPSO has ruled that the Express‘s coverage was ‘significantly misleading’ and in violation of the IPSO code. The Daily Express is entitled to its views on immigration. It is not entitled to repeatedly, and deliberately, mislead the public on the facts. I hope that in future the Express will have more respect for its readers – and the truth.”

Though the Express admitted it was “a significant inaccuracy which required correction” to use the term “new jobs,” they blamed the error on a copy editor rather than take full responsibility.

The newspaper did publish a correction online and in print:

“Employment of EU migrants – Correction: On November 12, 2015 we reported that 75% of new jobs went to EU migrants in the last year. This is incorrect. The Office for National Statistics published data was based on net changes in employment and not on the number of people entering new jobs. The figures showed that the number of UK nationals in employment increased by 122,000 compared to an increase of 324,000 in non-UK EU nationals.”

IPSO ruled that the error in the headline and story “were significant because they gave the misleading impression that the statistics showed that migrants are receiving jobs at a much higher rate than British-born workers.”

The Express‘s correction was published on page 40, its correction page, but Portes argued that wasn’t prominent enough. However, since the newspaper published a correction on its designated corrections page, and it was thorough and published quickly, it was OK, IPSO ruled.

Previously, IPSO’s predecessor, the Press Complaints Commission, had ruled against two newspapers for a similar error, IPSO noted, which meant the correct information was “established in the public domain.”

Portes also complained over a similar article on May 14, 2015 that said “people from overseas [are] getting new jobs at 10 times the rate of British-born workers.”  That complaint was resolved after the Express published a correction that read:

“Correction: In a previous version of this article we stated that the latest employment figures showed that people from overseas got new jobs at 10 times the rate of British born workers. This is incorrect. The latest figures actually showed changes in net employment, which is the number of people in employment rather than the number of jobs that are available. Net changes in employment does not show any information about the proportion of people getting new jobs in the UK. Following an IPSO ruling on a similar inaccuracy, we are happy to set out the correct position.”

iMediaEthics has written to the Express for further comment.