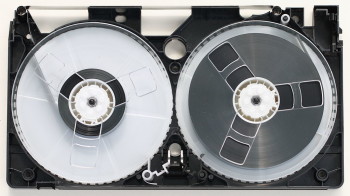 Was Egyptian billionaire Mohamed al-Fayed involved in the leak of an old video of Queen Elizabeth II giving the Nazi salute?

The Times of London suggested that possibility in a July 19 article, “Royals hunt source of Nazi salute film / ‘She was 7, she didn’t know any better.” The UK Sun, owned by News Corp. like the Times, published images from the 1933 video on its front page. The newspaper said it got the video from an anonymous source.

The article said the UK Royal Palace was trying to find out where the video showing the queen as a child came from. The article “said that if the camera had belonged to Edward VIII then it was possible that the film had been stored at his villa in Paris, the contents of which had been purchased and later sold at auction by” al-Fayed, IPSO reported. The Times article also suggested the auction could have been in response to al-Fayed’s son’s death in a car crash with Princess Diana.

Al-Fayed pointed IPSO to the consignment records from the auction which showed he didn’t auction off the video. He also noted the video wasn’t at the house when he bought what was inside, and that the auction was planned before his son and Princess Diana’s car crash. Al-Fayed also complained that the newspaper didn’t make “legitimate attempts to contact him in advance of publication” so he could deny the claims.

The Times argued it didn’t directly say that al-Fayed had or sold the footage, but only offered that as a “possible explanation” for how the video could have gotten out.

After al-Fayed complained, the Times posted a clarification but al-Fayed wasn’t satisfied because it didn’t include all of his complaints and the newspaper didn’t run it by him before publication. The clarification read:

“Mohamed al-Fayed has asked us to point out that he authorised the 1998 auction of the contents of the former Duchess of Windsor’s villa (’She was 7, she didn’t know any better’, News, last week) before the crash in which his son and Diana, Princess of Wales, were killed. He also says that footage of the royal family giving a Nazi salute was not listed for sale at the auction. We are happy to make this clear.”

IPSO slammed the Times for suggesting al-Fayad was involved in the video leak as a possible “motive,” especially since it was in the public record that the auction was planned before the deaths. However, IPSO ruled the Times didn’t break guidelines by suggesting the auction could have been how the tape was leaked because the article “clearly distinguished between conjecture and fact.”