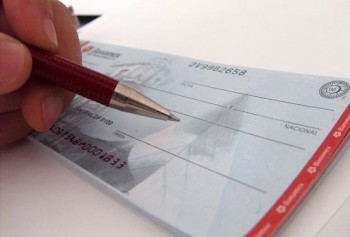 The Nairobi Star is standing by its reporter Kamore Maina after a Kenyan businesswoman linked to a money laundering scandal, claimed Maina was one of her “media gurus” and advised her.

According to the Star, its reporter Maina was part of the team that “broke the story of the fraudulent dealings” involving 791 million shillings (almost $8 million U.S.) taken from government organization the National Youth Service, which focuses on training young Kenyans.

“We cannot take these accusations lightly as they question the integrity of The Star newspaper and our reporter,” the Star said in a Feb. 16 press statement from its editor Charles Kerich.

Kenyan businesswoman Josephine Kabura, who “owns four companies implicated in the scandal,” made the accusations against Maina in a recent affidavit.

“Under the headline ‘Central Bank Questions Huge NYS Payments’ on June 18, 2015, the Star launched a series of investigative articles that would eventually lead to the resignation of [government official in charge of the National Youth Service Anne] Waiguru and multiple prosecutions of those involved in the NYS transactions,” the Star said.

The Star pointed out a few reasons why the claims that Maina was working with Kabura made no sense, including that Kabura “accused [Maina] of harassment” and complained to Maina’s lawyer “warning him to desist from writing about her and the NYS transactions”

Further, the paper noted that Maina was reporting negatively about Kabura, which if he had been hired by her, he wouldn’t have done.  “It is unbelievable that he could have been so two-faced as to continuously unearth exclusive information on the NYS scandal while simultaneously receiving payments to protect Waiguru and Kabura,” Kerich is quoted as saying.

“I have also not received any money from Waiguru, Kabura or anyone else to kill or water down the NYS or any other story,” Maina told the Star.

The paper’s editor stood by Maina as a “trustworthy reporter” and said it “stands by all the stories it published regarding the NYS payments.”

iMediaEthics has written to the Star’s editor and Kabura’s lawyer for comment.