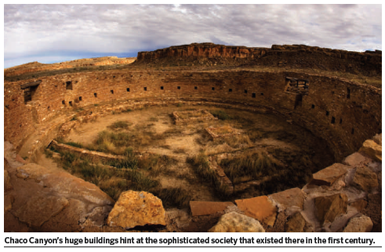 We argued that Diamond reviewed the book Questioning Collapse without making it clear enough to readers that the book directly and specifically critiques his own work. (For the details, check out our discussion in full here.) We contacted Nature for a response, and Joanne Baker, Nature’s Books & Arts Editor wrote back to us this Monday.

“I can assure you that the book review did state that Diamond was the author of Collapse, and in the text he made his viewpoint and stance relative to that of the book’s authors clear,” she wrote.

But, as our earlier discussion explains, iMediaEthic’s critique was not that Nature didn’t disclose Diamond is the author of Collapse: How Societies Choose to Fail or Succeed, but rather that Diamond didn’t disclose clearly enough in his review that Questioning Collapse is a book specifically and predominately critical of his own work.

When we asked editors at Science magazine, Nature’s main rival, about this case, they explained their policy in regard to conflict of interest in book reviews in an email to iMediaEthics. Sherman Suter, Science’s book reviews editor, wrote that Science calls for explicit acknowledgment of any conflicts. He writes,

It is Science’s general policy not to assign a review to someone who has an obvious conflict of interest.  In those rare instances when we do not exclude such a reviewer, we would provide an explicit acknowledgment of the conflict of interest (whether negative or positive).

Baker, meanwhile, cites the single sentence in Diamond’s review where he even hints at his relationship with Questioning Collapse as evidence that Diamond made his “stance relative to that of the book’s authors” clear. Diamond writes (emphasis ours):

The book’s thesis is that “human resilience is the rule rather than the exception” and that “’collapse’ — in the sense of the end of a social order and its people — is a rare occurrence”. Past societies did the “best they could” to respond to crises that hit them, and were not driven to failure by man-made problems such as overpopulation or environmentally destructive behaviour, as is often argued by other authors, including myself.

But this again mistakes the crux of our critique. iMediaEthics didn’t argue that Diamond needed to disclose that the book was about ideas to which he subscribes. We argued that a disclosure should explain that Questioning Collapse directly and specifically critiques Diamond’s own writings repeatedly, in each of its collected essays.

Baker’s response is also disappointing because iMediaEthics argued an ethical disclosure of this conflict should be explicit and very clear, yet the Diamond sentence fragment she quotes is not. He is saying the book disagrees generally against over-population and environmentally destructive behavior that others argue “including himself.”  This is hardly the same as a disclosure that the book includes repeated and specific critiques of his book, Collapse.

In an interview with iMediaEthics, Patricia A McAnany, the co-editor of Questioning Collapse and the Kenan Eminent Professor at UNC Chapel Hill, says that the book is about more than just Diamond. “It’s not just a slam of Diamond’s scholarship,” she says. Rather, she explains, it is a book directly critical of Diamond’s research. Concerned that the nature of this directly critical relationship wasn’t made clear, McAnany says Questioning Collapse’s contributors have written a letter to the editor of Nature “asking for a full disclosure of Diamond’s position in relation to the book.”

McAnany says most anthropologists and archaeologists would already know that Questioning Collapse is “critical of Diamond’s ‘Collapse’ book.” But this doesn’t make it any less ethically important to disclose the conflict, Bruce V. Lewenstein, a professor of science communication at Cornell University, argues.

Interviewed about this question by telephone, Lewenstein explained, “you can’t assume everyone would know, especially given that Nature is a general interest science publication.  Second of all, the whole point of disclosure is to put it out there so even if there’s just one person who doesn’t know, they’ll be notified.”

Lewenstein says disclosure is also about demonstrating to the reader that you are acting in good faith. If you don’t, it can look like you are trying to hide something, which erodes the reader’s trust in what you have to say. “There shouldn’t even be a question in the reader’s mind of whether you disclosed, or why you didn’t,” he says.

Robert Buckman, PhD, journalism professor at the University of Louisiana at Lafayette and one of the authors of the 1996 revised SPJ ethics code, expressed his opinion on this issue as a member of SPJ’s’ Ethics Committee (but does not speak for the committee as a whole). He writes, “Although this book review does not represent an egregious breach of journalist ethics, such as a business writer reporting on a business in which he or his relatives have a financial investment, both Nature and Diamond have violated the spirit if not the letter of the SPJ Code of Ethics.”

The SPJ ethics code, Buckman explains, has two pertinent clauses. “Avoid conflict, real or perceived,” and “Disclose unavoidable conflicts.” All of this could have been avoided, Buckman writes, if Nature had balked at using Diamond for this review, or if Diamond had recused himself. He writes, “This conflict could have been avoided if Diamond had declined the offer to review this book, or better still, Nature should have selected a reviewer without such an obvious conflict of interest that his objectivity would certainly be called into question.”

Buckman says the author’s bio at the end of the review naming Diamond as author of Collapse is not a sufficient disclosure, when it is not explained anywhere in the review that Questioning Collapse is a critique of Collapse. He writes,

It should have prominently placed a disclaimer acknowledging the reviewer’s conflict at the top of the review. Instead, it mentions only in the biographical vignette on Diamond at the end that he is the author of “Collapse.”

Nature is a highly respected medium, and actions of this sort damage its own credibility and prestige.  Likewise, Diamond is a Pulitzer Prize-winning journalist, and his failure to disclose his authorship of “Collapse” was intellectually dishonest and caused damage to his professional prestige as well.

Daniel Cook, an assistant professor of health policy at the University of Nevada who has written about conflict of interest in science publishing, told iMediaEthics in an email that though Diamond’s review could have had a more explicit disclosure, he thinks the review itself was important and interesting. It “could have added a sentence or half-sentence (perhaps in paragraph six) directly stating that the QC book is critical of his own book,” he writes. But, he says “I think it is an appropriate book review to publish, and it contributes to an interesting dialogue.”

McAnany says that Questioning Collapse’s authors encourage a dialogue with Diamond on their contrasting views. “It is perfectly appropriate, and Diamond is entitled to publish a response to Questioning Collapse, wherever, whenever he would like to,” she writes. But, that dialogue should be transparent. “We are very troubled that this response to our book was masquerading as an impartial book review,” she writes.

UPDATE: 3/4/2010 10:32 AM :  Some of SPJ member Robert Buckman’s comment was left out above. He also wrote that the SPJ Code of Ethics states: “Make certain that headlines, news teases, promotional material, photos, video, audio, graphics, sound bites and quotations to not misrepresent. They should not oversimplify or highlight incidents out of context.”

The Code of Ethics states: “Make certain that headlines, news teases, promotional material, photos, video, audio, graphics, sound bites and quotations to not misrepresent. They should not oversimplify or highlight incidents out of context.”

Although the Code does not specifically cite biographical vignettes, Nature certainly violated the spirit of the Code by oversimplifying Diamond’s authorship of “Collapse.”  Nature is a highly respected medium, and actions of this sort damage its own credibility and prestige.  Likewise, Diamond is a Pulitzer Prize-winning journalist, and his failure to disclose his authorship of “Collapse” was intellectually dishonest and caused damage to his professional prestige as well.

UPDATE: 03/04/2010  5:53 PM/11:11PM EST :  Janet D. Stemwedel at the Adventures in Ethics and Science blog has opened an amusing poll about conflict of interest in book reviews in light of our post. One quick note: though Stemwedel discusses “objectivity,” objectivity is not primarily what iMediaEthics is concerned with in this instance. Rather, we highlight the importance of clarity and transparency in disclosure. Diamond should have been clear about his relationship so readers could gauge for themselves whether and how much to trust his opinion of the book.

UPDATE: 03/06/2010  5:43AM EST : T.A. Abinandanan, professor, Department of Materials Engineering, Indian Institute of Science, Bangalore, India, writes about Nature‘s poor judgement in not disclosing Diamond’s conflict, in his blog, Nanopolitan. Go to: “Fail: Why Do Some Book “Reviews” Collapse and Self-Destruct?” He writes: “If you didn’t know anything about Collapse, you would need eagle’s eyes while reading Diamond’s piece to see the conflict between him and the book he’s ‘reviewing’. This situation has ‘unfair’ written all over it! ”

UPDATE: 03/09/2010  10:15AM EST : Cambridge University Press, publisher of “Questioning Collapse,” responded to our coverage Monday. They write in their blog, This Side of the Pond, “Sound shady? We think so too. Many thanks to iMediaEthics.org for laying out this conflict of interest and bringing its high functioning nonsense detector to a good old fashion media ethics debate.”

UPDATE: 03/11/2010  1:05PM EST : Jon Paige, an Anthropology student responds to our coverage on his blog, Ke Kaula, writing, “At the very least, the editors of Nature were not giving McAnany and Yoffee a fair shake without letting the readers know about the potential biases that Diamond may have brought into his review. So, this is an interesting example of a science media ethics debate.”