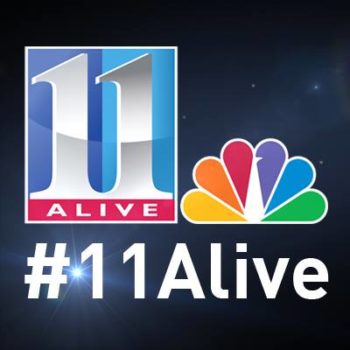 Valerie Hoff, a news reporter and anchor for Atlanta NBC-affiliate WXIA 11Alive, used the N-word in a Twitter direct message to a black man who had posted a video of a newsworthy event. She was first put on an unpaid suspension “for violating social media policy,” she told iMediaEthics by e-mail. Now, Hoff has resigned after 18 years with the station.

“While I can’t say I’m surprised, I’m disappointed that after 18 years of stellar reviews and yearly pay increases it has come to this. I am, however, overwhelmed with the amount of support I’ve received. People make mistakes. And it seems that most people are willing to forgive and move on,” she told iMediaEthics.

Hoff was asking tweeter @CurtFromDaBlock April 13 in a direct message (which is a private message between Twitter users only visible to the people in the message chain) about a video he posted of a black man being punched by a white police officer.

The tweeter had publicly posted in a tweet that “news n***as” were messaging him because of the video. Hoff then seemingly tried to play off that tweet and messaged him saying she was a “news n***a” and wanted to ask about the video, adding an “lol.”

@CurtfromDaBlock posted screenshots of the direct messages before removing them, according to the Atlanta Journal Constitution, which interviewed the tweeter, identifying him as Curtis Rivers and published the screenshots.  iMediaEthics has messaged him to ask his reaction to Hoff’s resignation.

Rivers responded to Hoff writing, “…you aren’t black but called me a n***a,” to which Hoff said “I called myself one” and that “I’m a news lady at 11alive I thought you were referring to all of us.” She then apologized, writing, “I’m sorry I offended you. I was not offended by what you called the media but I should not have used it back even in a pm.”

In an e-mail to iMediaEthics, Hoff told iMediaEthics, “I immediately regretted quoting that man’s tweet back to him and immediately apologized, but I knew there would be repercussions. I was happy to agree to a two-week suspension at first. It was an extremely difficult, stressful time but I got so much support from co-workers and Management, I was ready to go back. The day I was scheduled to return to work, I was asked to resign because the story was starting to leak to the news media.”

“My intentions were good but the execution was flat out wrong. I was trying to expose two white police officers who were beating a presumably innocent black man, I used the owner of the video’s own language back to him in a private tweet,” she explained to iMediaEthics. “It was wrong. I should not have used the word. Period.”

Since her resignation, Hoff has re-tweeted messages of support, adding, “it’s sad the way it happened but I had no choice” but to resign.

Hoff tweeted May 1, “I wasn’t really given a choice. Bad word but good intentions trying to expose a black mean [sic] beating by white cops.”

She also indicated she was allowed to return to work after a two-week suspension but then news coverage of the controversy prompted her to have to resign. iMediaEthics has written to WXIA to ask how many complaints the station received and if Hoff was given any options besides resignation, given her comment she was forced to resign.

“Suspension for ‘violating company policy’ Yes. Forced to resign after news media leaks on day of return to work? Not right. Thanks!” she tweeted.

Thanks so much, it's sad the way it happened but I had no choice. https://t.co/yXxce0VLhe

Suspension for "violating company policy" Yes. Forced to resign after news media leaks on day of return to work? Not right. Thanks! https://t.co/oEDnpeCXi6

Thanks. I wasn't really given a choice. Bad word but good intentions trying to expose a black mean beating by white cops. https://t.co/t4L5TfaYJN