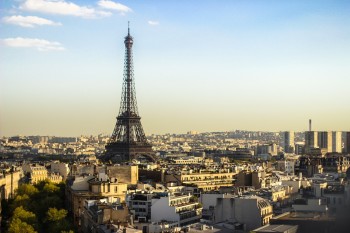 Michèle Léridon, the AFP’s global news director, said in an e-mail to iMediaEthics that the process of creating the guidelines started a year ago after the AFP published “an erroneous story that had a very negative impact within the AFP newsroom and also for our clients and the public,” as well as the changes in the media environment.

“The idea is that the more we progress and develop innovative content and formats (images, interactive graphics and use of UGC) the more we have to reaffirm our ethical values and professional standards. In a very moving market, at the end of the day, our greatest values are our reliability and our rigour,”  she went on. “We also wanted to emphasise some themes such as the security of our personnel in a world where a press card, instead of being a protection as it was in the past, has become a target.”

Eric Wishart, a former AFP editor-in-chief, was tasked with creating the guidelines. “My objective in drawing up these guidelines was to produce a document that contained the traditional ethical values of journalism and also addressed the new challenges that we are facing,” he told iMediaEthics.

Wishart, currently responsible for special projects for AFP’s global news management, said he researched “existing media codes around the world” and found “there were many shared values such as accuracy, truth, correction of errors, transparent sourcing, duty of care, minimising harm, avoiding conflicts of interest and refusing gifts and other benefits.”

“These are all incorporated, but, as a sign of the times, the guidelines also include a chapter on handling User Generated Content, and they address such issues as use of graphic images, use of data, and our responsibility towards victims – are we simply observers or should we assist people in danger?” he wrote to iMediaEthics.

The new document from AFP adds to the AFP’s existing editorial stylebook, and will be a “living” document. Leridon explained how that will work:

“We haven’t planned to make a regular review of it, but when an issue appears, we’ll discuss it and eventually add a relevant section. As you know, there are daily discussions in our profession about use of language – such as the use of the term ‘migrant’ – and if an important new issue arises it can be added.”

The guidelines call for staff to handle complaints “politely, calmly and promptly,” correct any errors and refer any legal concerns to the legal department. The AFP says it will honor any embargoes it agrees to unless some other outlet breaks the embargo and that its reporters will disclose the use of any press handouts and identify themselves clearly as journalists.

The guidelines also advise staff on sensitive reporting on children, deaths and suicides and they permit the identification of mass shooters. “We should identify the perpetrators of mass shootings and murders but should be careful not to give them a platform by publishing anything more than limited extracts from their treatises or online posts.”

Overall, the AFP identified ten “guiding principles” for its journalists, including accuracy, protecting anonymous sources, and fact checking. They are listed below:

“1) AFP journalists are expected to provide accurate, balanced and impartial news coverage, and to correct errors quickly and transparently.

“2) AFP journalists must speak with an independent voice, free of prejudice, bias or external influence. They cannot be obliged to carry out a task that goes against their conscience.

“3) AFP journalists must protect the confidentiality of sources and must never knowingly put them in harm’s way.

“4) AFP journalists must respect the presumption of innocence.

“5) AFP journalists have a duty to seek the truth and not passively report information as it is presented to them. They should challenge their sources and question the facts.

“7) AFP journalists must identify their sources of information transparently and do not plagiarise. They must never submit a story to a source for vetting.

“8) AFP journalists must exercise sensitivity when approaching victims or their relatives and avoid intruding on private grief. They must take particular care when interviewing or taking images of children, and whenever possible obtain parental consent.

“9) AFP journalists must identify themselves as such. They must not use subterfuge other than in exceptional circumstances with the approval of the news management.

“10) AFP journalists do not use information they have gathered for their personal benefit or use their position for financial gain. They do not pay sources”

The guidelines also instruct on how to contact witnesses for stories via social media.

“There have been frequent cases where individuals have been inundated and harassed by information requests from media from around the world,” the guidelines read. “While AFP cannot regulate the behaviour of other media, we must ensure that 1/ only one AFP journalist is designated to contact the individual – witnesses have complained of multiple requests from the same news organization; 2/ that we show courtesy and sensitivity, and do not put the witness at potential risk, such as asking them to gather additional material.”

The guidelines also explain when it is or isn’t OK to use eyewitness information and how to properly report on it.