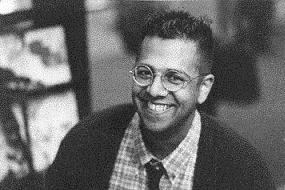 Image of Science writer, Simon Singh from his Web site.

In a new development in the ongoing libel suit of UK journalist Simon Singh by the British Chiropractic Association (BCA), on October 14 a judge reversed the preliminary ruling against Singh, which would have made it extremely difficult for the writer to defend himself.

On September 27, iMediaEthics wrote about the case. Singh had been sued by the BCA for allegedly defaming them, stating in a commentary in The Guardian that the BCA is “the respectable face of the chiropractic profession and yet it happily promotes bogus treatments.” Singh was initially refused the opportunity to appeal the preliminary ruling against him by Mr. Justice Eady, which determined that by saying the BCA happily promoted “bogus” treatments, Singh had implied that the BCA was being deliberately dishonest.

Sarah Boseley writes in The Guardian, that Lord Justice Laws, who reversed the decision against Singh, said,  “Eady had risked swinging the balance of rights too far in favour of the right to reputation and against the right to free expression.”  She says that  “Laws described Eady’s judgment as ‘legally erroneous’.”

Singh argues that that is not what he meant by “bogus,” and that if he had to defend such an interpretation of his writing in court, he would likely have lost. Singh says that he meant to communicate only that the BCA has promoted chiropractic treatment on its website for illnesses that have not been shown scientifically to benefit from chiropractic.

British libel law puts the burden of proof on the alleged defamer, rather than on the allegedly defamed.  In essence, a journalist accused of libel in Britain is guilty until proven innocent, and in Singh’s case, Justice Eady’s ruling would likely have made it impossible for him to argue his statement was true–the first line of defense against libel.

According to the International Libel & Privacy Handbook, truth is an absolute defense against a libel charge in Britain. If truth can’t be proved, however, the alleged defamer then has to show that they “acted responsibly.” (p. 274)  On at least one necessary criterion, there is evidence that Singh may have failed to act “responsibly”, as the handbook describes it: According to a statement from the BCA, he did not contact them to get their side of the story before publishing his piece.

“Many scientists and science writers have rallied to Singh’s support, claiming that the freedom of scientific opinion is at stake,” Boseley says. One supporter, Phil Plait of the Discover blog BadAstronomy even argued recently that Singh might be able to counter sue the BCA for defaming him.

For the record, here is  Dictionary.com’s definition of “bogus.”