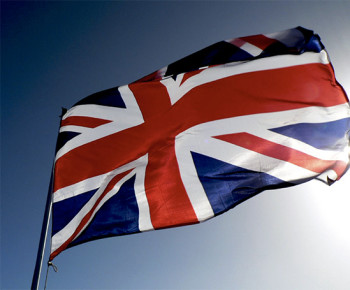 The UK Independent Press Standards Organisation has received “nearly 3,000 complaints” since its September opening, according to a Dec. 23 press release from the new UK press regulator.

IPSO said most of its complaints were resolved. “Under IPSO’s new procedures in which publications are given a maximum of 28 days to try to reach resolution with the complainant before IPSO takes up the case,” the IPSO press release stated.

iMediaEthics asked IPSO how often it will publish its rulings and how many of the 3,000 complaints have been resolved. IPSO spokesperson Graham Capper told iMediaEthics, “IPSO will publish future adjudications in batches, where there is no detriment to the complainant in doing so and particularly where there is benefit in terms of clarifying the interpretation of the Editors’ Code or IPSO’s own procedures. I expect that we will update the website on a frequent, but not necessarily regular basis.”

Capper added, “Of the 3,000 complaints referred to, many have required no intervention by IPSO, being resolved in straightforward fashion with IPSO merely copied into the agreement between reader and publication.  However, some remain in process with IPSO and it is likely that summaries of the adjudications of at least some of these will be published in future.”

IPSO published five of its rulings on its website.

1. One complaint concerned a UK Metro article about a report about child exploitation on Sept. 4 tht was accompanied with a stock image of a town with a mosque in the background. IPSO rejected the complaint that the photo “suggested that the wider Muslim community had been involved in child abuse,” it wrote.

2. Another complaint, against the Edinburgh Evening News, was upheld for wrongly suggesting a man was a sex offender.

On the front page of the paper, the Evening News put a promo for a story on the inside of the paper about a man convicted on sex offenses next to a picture about an unrelated man’s house.

“The complainant said that the error inaccurately suggested that a sex offender lived in his home,” IPSO wrote.

The paper took several steps to attempt to rectify the error, IPSO explained. “The newspaper apologised for the error, offered to write a private letter of apology to the complainant, and published the following clarification on its corrections page in print on page 2 and online,” according to IPSO.

The complainant wasn’t interested in the donation or apology letter but did want his name removed, which the paper did. IPSO said it was satisfied with the correction and that it found “the newspaper’s offer was therefore a sufficient remedy.”

3. The third complaint, which was rejected, addressed concerns the Daily Telegraph published “conjecture” in reporting on the referendum for Scottish independence.

4. Fourth, the IPSO didn’t uphold a complaint against the Swindon Advertiser calling for a retraction over its Sept. reporting about the death of a man. The man’s brother-in-law complained the newspaper was intrusive and inaccurate and included a comment from a police constable calling the man “a Class A drug user.” The newspaper offered to issue a correction and allow the family to provide comments.

The Press and Journal unpublished its article and said it would print an apology and post one online for 2 days.

IPSO ruled that the paper “demonstrated a failure on the newspaper’s part to take care not to publish misleading information” by mixing up information from social media. It found the correction was “sufficient” but the placement should be published with “due prominence.”