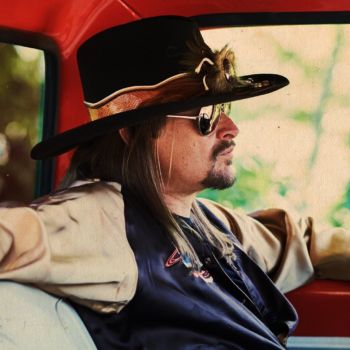 The Post‘s Sept. 10 story, as iMediaEthics previously reported, claimed Kid Rock, the American entertainer who is toying with running for public office, had re-tweeted a story about Sharpton’s daughter being arrested, and commented “These ‘activists’ are such nice people . . . not.” Kid Rock, whose real name is Robert James Ritchie, said the account was a fake Twitter account and released a statement calling the Post‘s story fake news.

However, the links to both the original and follow-up Post story now lead to error pages, indicating they have been unpublished. And, the Post published correction on Page 4 of its print edition this weekend, finally admitting it erred. The Sept. 16 correction reads, “An article in the Sept. 11 issue of The Post incorrectly said Kid Rock retweeted and commented on a story about Al Sharpton’s daughter. The Twitter account those comments appeared on is not run by or associated with the singer. The Post regrets the error.”

iMediaEthics searched the Post’s website and didn’t see any correction regarding Kid Rock posted online. We have asked the Post if it will post the correction online and disclose that it removed the two articles, and why it only published the correction five days later.

Correction: An article published on Sept. 11 wrongly stated Kid Rock commented on a story about Al Sharpton's daughter. We regret the error. 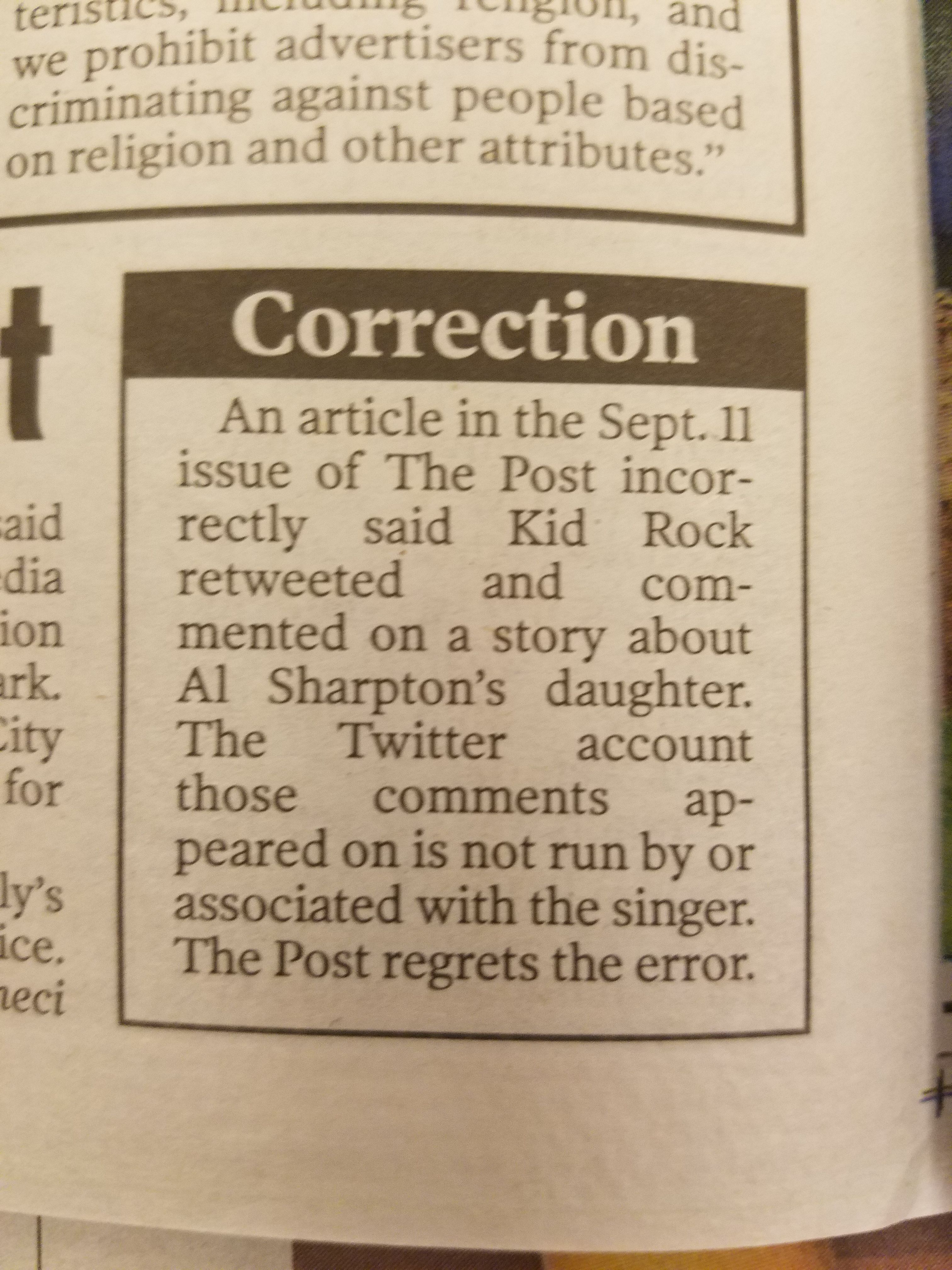