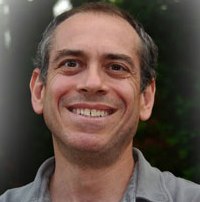 Eric Turkewitz's April Fools' joke was run as a real story by The New York Times.

The newspaper, it appears, blogged a report without fact checking, Googling, or even checking the date.

Turkewitz opened his April Fools’ prank blogpost, with “I’m closing down this blog in the next few weeks to start up a new one at the White House as their official law blogger. I’ll have the opportunity to both expand the scope of my writing and serve my country at the same time. As blogging gigs go, it doesn’t get any better than that.”

The New York Times posted an item on its Web site at 2:05 PM EST, Turkewitz wrote.  Turkewitz wrote that he wasn’t contacted by the Times until 4:45 PM, when Andy Newman called “demanding to know if this was an April Fools’ joke.”

Turkewitz blogged in a follow-up on April 2 that “the New York Times didn’t bother to fact check. Not with me. Not with the White House. And not with Google, which already had the stories from both the ABAJournal and the WSJ by the time they ran the story at 2:05. The Paper of Record blogged in its “City Room” this piece on When Lawyers Blog:

…After all, as Mr. Turkewitz, a Manhattan lawyer, writes on his New York Personal Injury Law Blog, he is about to be sounding off on all manner of legal issues as the Obama administration’s new White House law blogger.

“Excited about new blogging gig as White House law blogger,” he tweeted this morning. “But hope I don’t have to spend too much time in D.C.”

The post has since been replaced with a note that the previous story was probably a hoax.  The Times could have avoided that embarrassment if the paper had called Turkewitz, checked with the White House, Googled the story, or read the comments on Turkewitz’s blog BEFORE running the story.  But, it appears the newspaper didn’t.

The first comment on Turkewitz’s initial blog “announcement” at 8:20 AM read “Happy April Fools to you too!”  And, Turkewitz blogged in his follow-up post April 2 that at 7:46 AM EST, the ABA Journal already wrote a piece suggesting his announcement to be a joke.

As Jones blogged, “The word that it’s a joke comes straight from the White House itself. Said White House spokesman Ben LaBolt, in an email:  It’s an April Fools’ joke.”

Other sites The Wall Street Journal noted that picked up the fake appointment include Volokh, Simple Justice: A New York Criminal Defense Blog, and Above the Law.

The original intent of the prank, Turkewitz wrote,

“A bunch of law bloggers would try to punk the political bloggers, whose reputation is to grab any old rumor and run with it. Fact checking hasn’t always been the strong suit of this community.

But the political bloggers, to their collective credit, didn’t bite, despite wide dissemination of the story. Not on the right or the left. Instead it was the vaunted New York Times that ran with the story without bothering to check its facts. The Times, of course, had no sense of humor about it when the angry phone call came to me a couple of hours later.”