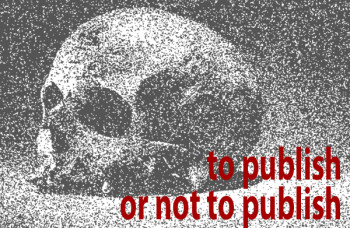 New York Times public editor Margaret Sullivan weighed in this afternoon on the Times‘ decision not to publish cartoons from Charlie Hebdo, the satirical French magazine whose offices were attacked yesterday.

“Under Times standards, we do not normally publish images or other material deliberately intended to offend religious sensibilities. After careful consideration, Times editors decided that describing the cartoons in question would give readers sufficient information to understand today’s story.”

Sullivan didn’t explicitly say the Times should have published the cartoons. Instead, she more subtly argued, “The Times undoubtedly made a careful and conscientious decision in keeping with its standards. However, given these events — and an overarching story that is far from over — a review and reconsideration of those standards may be in order in the days ahead.”

Sullivan blogged that readers have complained the newspaper was weak to not publish the cartoons. “Was The Times cowardly and lacking in journalistic solidarity when it decided not to publish the images from the French satirical newspaper Charlie Hebdo that precipitated the execution of French journalists?” she questioned. “Some readers I’ve heard from certainly think so.”

Sullivan said she interviewed the Times‘ executive editor Dean Baquet today to find out why he decided against running the images.

According to Sullivan, Baquet originally planned to publish the photos but “changed [his] mind twice” after talking to staff and thinking about the matter.

The deal breaker in his decision was whether the Charlie Hebdo images would offend Times readers who are Muslim, Sullivan reported he said.

“We have a standard that is long held and that serves us well: that there is a line between gratuitous insult and satire. Most of these are gratuitous insult,” Baquet told Sullivan. He added that he weighed the news value against the newspaper’s standards and said that if the Times didn’t use one of the “most incendiary images” it wouldn’t be worth it, Sullivan blogged.

Read below tweets in response to Sullivan’s blogpost.

@dangillmor Story’s not going away. This was as far as I wanted to take it today. I gather you would have run them?
— Margaret Sullivan (@Sulliview) January 8, 2015

@Sulliview What does that mean?
— ErikWemple (@ErikWemple) January 8, 2015