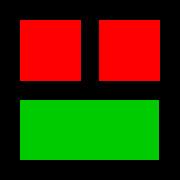 Redbankgreen, a New Jersey news site, published an Oct. 15 news story about a “lockdown” following a man’s death by suicide. The story provided the name of the suicide victim’s parents, thereby making his identity known, and compounded its error by giving the street address of the house where the death occurred, further sensationalizing the story by saying the house was “across the street from the former home of rock star Bruce Springsteen.”

After criticism, redbankgreen’s publisher John T. Ward apologized for being insensitive, deleted the family’s name from the article, and explained what happened from his perspective. Ward told iMediaEthics by e-mail that he “heard from several dozen readers,” but not the family of the suicide victim. “In amending the story, I also struck the address of the home where the suicide occurred. I believe a case can be made for leaving that in, but I wanted simply to apologize, not start an argument,” Ward added. “I also deleted a rather florid description of the property and the fact that it was across the street from an estate formerly owned by Bruce Springsteen, which several commenters had objected to and I wasn’t dug in on. Again, I didn’t want to create a sideshow. I wanted to make it as right as I could under the circumstances.”

“In haste and without consideration about how it would affect those named, I posted a news article on Sunday that contained information I should have known would cause great pain across the community I cover, and in particular, to a family already suffering an unspeakable shock,” Ward acknowledged in his online apology.

Ward noted that typically, redbankgreen wouldn’t have reported on the suicide because it wasn’t newsworthy, but because law enforcement showed up in large numbers, a local school issued a “lockdown” e-mail for the area, and readers were curious, he reported on the death and law enforcement presence because it was in the public interest. “I wrote the article not to report a suicide, but rather, to explain a perceived emergency that unfortunately had a suicide at its core,” he wrote.

“But in my zeal to treat this like a story about a fire or crash, I included the names of the homeowners, obtained from tax records, as is my custom in such stories,” Ward explained. He conceded that it was “unnecessary and inconsiderate” and that doing so was insensitive to the family. “I have belatedly removed the family’s name from the story, and hope to learn from this experience, starting with the acknowledgement that I need to dial back my haste, and to allow more room for sensitivity to those most vulnerable in whatever I’m writing about,” Ward added, apologizing to readers and the family.

The original Oct. 15 article is still published on redbankgreen’s website. One commenter, Greg Osborn, said Ward “should be ashamed of your self [sic] for writing such an insensitive, thoughtless sensationalized article,” calling for an apology. Another, Maris Krauss, called the article in “poor taste” and called for redbankgreen to “research into mental health awareness.”

iMediaEthics has frequently reported on best practices for reporting on suicide.  See our series on this issue.