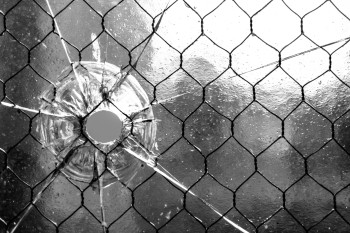 Serial plagiarist and fabricator Jayson Blair talked about his notorious journalism past in a recent discussion with students at the University of Maryland. In 2003, Blair resigned from the New York Times after the newspaper discovered “widespread fabrication and plagiarism.” The Times called it “a profound betrayal of trust and a low point.”

“People would love to have a bulletproof way to ferret out what I did … but people who do what I did are just like everyone else,” Blair said, according to Capital News Source, which is operated by the university. Blair is now a life coach in Virginia.

A student invited Blair for the appearance April 6 at the university, which he attended from 1995 to 1999. It was “his first time speaking to journalism students” at the University of Maryland, the university’s independent student newspaper The Diamondback reported. Blair served as editor-in-chief of The Diamondback in the 1990s and claims he never fabricated or plagiarized for that paper.

iMediaEthics contacted Blair and Adrianne Flynn, the professor with whose class he discussed his journalism past, to learn more about the event.

Flynn spoke well of her student who invited Blair to speak and through questioning, held his feet to the fire about his past journalistic sins. “I thought that was very admirable of her and she handled it well,” Flynn said. Blair told iMediaEthics, “I found the questions to be tough, penetrating and insightful. I am grateful for them.”

“The things that struck me,” Flynn told iMediaEthics, included that Blair came to speak even though “in his gut, he didn’t really want to come….but he needed to make peace with the university, come and apologize, which he did several times.”

Also, Flynn noted that Blair still “doesn’t trust himself sometimes,” because of the controversy and that he said “he really regrets writing the book” about his plagiarism. Despite the controversial past, Flynn said that, over all, she felt Blair’s visit provided a sense of closure.

When asked, Blair agreed, telling iMediaEthics by e-mail, “I was, indeed, hesitant to return to Maryland.”

“I am grateful for the student who had the foresight to see how this conversation would be beneficial for all involved,” Blair told iMediaEthics. “It was fulfilling to return to campus and have the opportunity to share both how I lost my way and how terribly sorry I was for my actions, the stain I left on the school and pain that those who knew me experienced as a part of the far-reaching collateral damage of my actions. I found the experience cathartic.”

Flynn compared her students’ reaction and interaction with Blair as that of a “dissection of somebody” who had erred. “The students were just rapt,” she said.

Blair told iMediaEthics, “The University of Maryland and, the journalism college in particular, was a place filled with people who nurtured me and nourished me because they believed in me.”

“It is hard to imagine the amount of sadness, confusion and disappointment that comes with someone you know, and someone you care about, doing what I did,” Blair went on. “I think it was important for us to have that conversation and to address some of the ambiguity about my actions, my feelings and me.”

Present at the discussion was “about 45 students and faculty,” according to The Diamondback. Blair discussed how he tried to stop breaking journalism standards.

“I would periodically go through these periods where I was like, ‘OK, this is the last one.  … I can’t do this anymore,'” Blair said, The Diamondback reported. “I would opt out of working if I could, and then it would switch back. Once you slide down the slippery slope — once you cross that line — it just becomes very easy to do it over and over again.”

He added that he didn’t quit the Times when he realized he was breaking ethics rules because of the prestige of working there.

“It kills me personally that it damaged the profession,” he added. “The part that really kills me is the people who I hurt … who had done absolutely nothing wrong.”