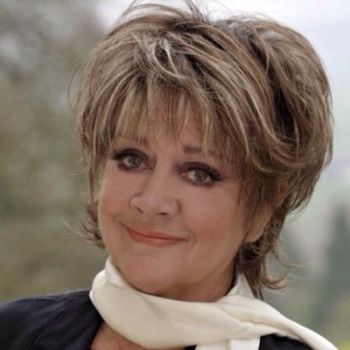 Two UK newspapers claimed actress and UK Celebrity Big Brother contestant Amanda Barrie wears a wig and made a deal with the show’s producers promising they wouldn’t show the hairpiece.

Now, the Sun is apologizing to the 82-year-old Barrie, best known for her role in the long-running TV series Coronation Street. Its Feb. 3 apology reads:

“In an article about Amanda Barrie, which was based on an article in the Daily Star, we reported that she had struck a special deal with the producers of Big Brother to ban them from showing her wig on air.

“We are happy to make clear that Amanda has a full head of hair and so does not wear a wig. She does not have any hair loss or hair issues and so there was no such deal with Big Brother or any contract clause in place. Apologies to Amanda for this error.”

iMediaEthics searched Google but didn’t see any caches for the Star or Sun articles on Barrie. But, we did find a version of the print Daily Star story, below. 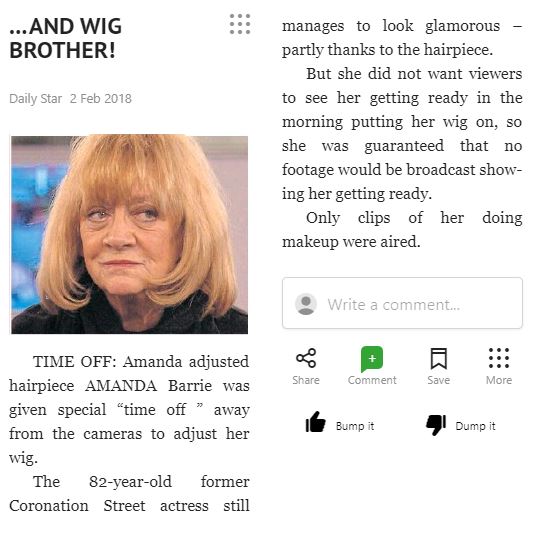