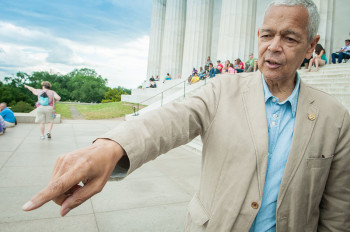 The New York Times won’t use the phrase “slave mistress” anymore after complaints over its use in its August 16 obituary for civil rights leader Julian Bond, who died at 75 from an illness.

was the slave mistress of a Kentucky farmer.” But, readers reminded the Times that a slave couldn’t consent to sex or being a mistress, so it is wrong to say slave mistress. Readers said, Sullivan summarized, “to protest the phrase, on the grounds that a slave, by definition, can’t be in the kind of consensual or romantic relationship that the word ‘mistress’ suggests.”

Times executive editor Dean Baquet conceded to the newspaper’s public editor Margaret Sullivan the phrase is wrong. “It’s an archaic phrase, and even though Julian Bond himself may have used it in the past, we should not have.” (Sullivan pointed to Bond’s 2013 comments in the Atlanta Journal-Constitution calling his great-grandmother the “mistress” to her master.)

Sullivan agreed it was right to drop the phrase. “There’s no question that Times editors heard readers’ voices loud and clear,” she wrote. “Retiring this phrase and expressing regret about using it has nothing to do with political correctness. It’s about recognizing the history of slavery in America, at a time when race is at the forefront of the nation’s consciousness. Language matters. This is the right call.” 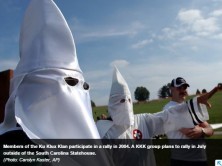