No, a playground wasn't torn down because fat children could get stuck in it. The Express, Mail & Sun Correct - iMediaEthics

No, a playground wasn’t torn down because fat children could get stuck in it. The Express, Mail & Sun Correct 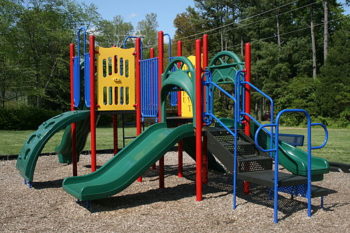 A British council didn’t take down a playground tunnel because of fears that fat children would get stuck in it. The UK Express, Mail, and Sun reported otherwise though. The Express and Mail edited their stories with corrections, while the Sun unpublished and apologized.

According to the Tandridge District Council’s website, none of the news outlets contacted the council for comment before publication. “The Council was not contacted by any of the organisations for comment or to verify this story,” the council said in a statement on its website. “When officers contacted the newspapers to alert them to their inaccurate and damaging claims, the Council received no response.”

The council’s Martin Fisher said, in part,“We were outraged these three national newspapers did not follow the agreed industry standards and published articles which were inaccurate and frankly just not true. We were also disappointed none of the organisations made any attempt to contact us to establish the truth. However we accept and welcome the apologies from the newspapers and the changes they have made to their online articles to ensure their reporting is now truthful and accurate.”

The Express published a Sept. 2 headline, “Bonkers council destroys playground as FAT CHILDREN might get stuck in THIS tunnel.”

The Mail‘s article now has a correction reading

“An earlier version of this article said that the play tunnel was removed from the playground amid fears that fat children could get stuck inside. In fact, the tunnel was condemned in a safety inspection and consequently removed. We are happy to clarify this and apologise for any confusion caused.”

The Sun published a correction reading:

“In an article “Playground Demolition Fury: Parents rage as council condemns huge play tunnel loved by kids because obese kids might get stuck”, (3 Sept) we stated that Tandridge District Council removed a damaged tunnel in the Mint Walk playground in Warlingham because they feared obese children might get stuck in it. In fact the tunnel was removed for repair after a routine safety inspection revealed cracks in the structure. We are happy to put the record straight and apologise for any misunderstanding.”

The council in question, Tandridge District Council, complained to the UK print regulator the Independent Press Standards Organisation, about the article and now the newspaper has run a correction that reads:

“This article was amended on 4 October 2016. It previously reported that a “bonkers council” had destroyed a fun tunnel in a playground over fears that fat children might have got stuck in it. This was incorrect. In fact the tunnel was demolished, following an inspection, over fears for the safety of the local children. We are happy to clarify this and apologise to Tandridge District Council and Warlingham residents for this error.”

No, a playground wasn’t torn down because fat children could get stuck in it. The Express, Mail & Sun Correct