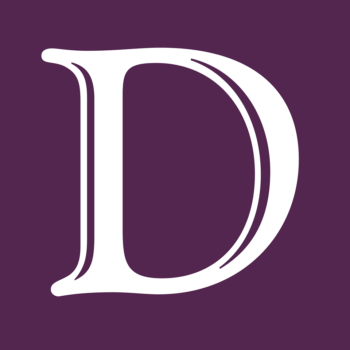 Northwestern University’s student newspaper The Daily Northwestern published photos of student protesters, but then apologized and unpublished the pictures. The paper also determined that contacting students via student directory information, as its own reporters did, was an “invasion of privacy.” The apology and unpublishing sparked a wave of criticism of The Daily; most critics point out that reporting on protests in public and contacting potential sources via public records are typical journalistic practices.

The Daily said in its Nov. 10 apology that it felt it “harmed many students” by publishing photos from the protest on Twitter, arguing the protest, of former Attorney General Jeff Sessions’ speech to the Northwestern University College Republicans, was “traumatizing.”

“Some protesters found photos posted to reporters’ Twitter accounts retraumatizing and invasive. Those photos have since been taken down,” The Daily wrote. The Daily also noted its staffers contacted students using the student directory to ask if they wanted to be interviewed. Despite the fact that using accessible records to contact potential sources is a normal journalistic method, The Daily now claims it was an “invasion of privacy.”

The paper continued, “While our goal is to document history and spread information, nothing is more important than ensuring that our fellow students feel safe — and in situations like this, that they are benefitting from our coverage rather than being actively harmed by it. We failed to do that last week, and we could not be more sorry.”

Further, The Daily said it removed the name of a protester because Northwestern University doesn’t give “amnesty to student protesters” and it didn’t want to get the student in trouble.

The Northwestern University Medill School of Journalism, Media and Integrated Marketing Communications dean, Charles Whitaker, issued a lengthy statement in response to The Daily‘s apology, saying it was unnecessary and sent a “chilling message” but he understood why the paper offered it.

“Let me be perfectly clear, the coverage by The Daily Northwestern of the protests stemming from the recent appearance on campus by former Attorney General Jeff Sessions was in no way beyond the bounds of fair, responsible journalism. The Daily Northwestern is an independent, student-run publication. As the dean of Medill, where many of these young journalists are trained, I am deeply troubled by the vicious bullying and badgering that the students responsible for that coverage have endured for the “sin” of doing journalism.

He continued to note that student activists complained to him that the paper showed pictures of them protesting in public, but that it is “naive, not to mention wrong-headed” to claim the coverage of a public event was an invasion of privacy.

He added that it was “industrious reporting and information-gathering,” not an invasion of privacy for The Daily to contact students via social media and directory for information and fact checking.

“Our young reporters did not root through trash cans, trespass on private property or purloin personal documents,” he wrote. “What they tried to do was ask questions and take pictures that they hoped would offer the most accurate account of this wrenching event – one in which the images captured by The Daily’s photographers may provide the only evidence of what actually transpired in the interaction between students and campus police.”

“I patently reject the notion that our students have no right to report on communities other than those from which they hail, and I will never affirm that students who do not come from marginalized communities cannot understand or accurately convey the struggles of those populations. And, unlike our young charges at The Daily, who in a heartfelt, though not well-considered editorial, apologized for their work on the Sessions story, I absolutely will not apologize for encouraging our students to take on the much-needed and very difficult task of reporting on our life and times at Northwestern and beyond.

I understand why The Daily editors felt the need to issue their mea culpa. They were beat into submission by the vitriol and relentless public shaming they have been subjected to since the Sessions stories appeared. I think it is a testament to their sensitivity and sense of community responsibility that they convinced themselves that an apology would affect a measure of community healing.”

iMediaEthics has written to the Daily to ask for its response to the criticism of its apology and to Whitaker’s remarks.