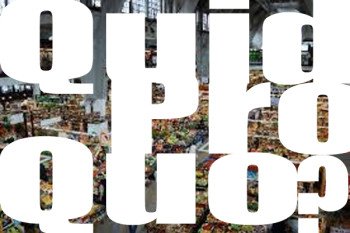 NPR says it didn’t pay or exchange advertising promotions in order to secure an interview with actor Will Forte, the star of the new TV show The Last Man on Earth, new NPR ombudsman Elizabeth Jensen reported.

Jensen was named ombudsman in January and replaced ombudsman of three and a half years Edward Schumacher-Matos.

NPR listeners complained about what appeared to be a “quid pro quo” in the coverage of Forte’s program, Jensen wrote.

Fox, which airs Forte’s new show, had bought ads for its show on NPR, but due to “unfortunate timing,” one of the purchased ads aired just after Forte’s interview, according to Jensen.

In fact, NPR said it actually tried to make sure that ads for the show didn’t air anywhere near the Forte interview so listeners wouldn’t think there was any pay-for-play, Jensen said.

“NPR has a set of procedures to make sure that kind of appearance of conflict does not happen,” according to Jensen. “As per the policy, the show’s producers got a list of funders slated to run in the show.”

In this case, the NPR producers “noticed that two paid promotions for The Last Man on Earth were going to run (one each hour) they were moved as far away as possible from the interview.”

While those precautions were taken, the producers didn’t realize the next program, which aired just after the Forte interview, began with a Fox ad for Last Man on Earth.

Oliver said NPR decided it wanted to interview Forte two months ago, so the idea wasn’t linked to the ad buy.

The March 1 NPR Weekend Edition interview with Forte is here.