NPR got 'outsized number of complaints' over Venezuela coverage - iMediaEthics

NPR got ‘outsized number of complaints’ over Venezuela coverage 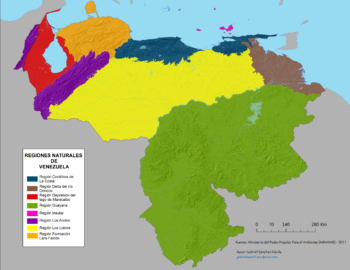 NPR received “an outsized number of complaints” over its coverage of Venezuela, the NPR public editor’s office reported.

“I think NPR’s body of coverage for Venezuela is composed of quality work,” the public editor office’s Juliette Rocheleau wrote after reviewing coverage from January on. “The reporting from Caracas and the Venezuelan-Colombian border has been strong and added to the audience’s understanding of a complex story. NPR’s breaking news on in-country events has not always been expeditious. For example, the npr.org story on the first massive power outage in Venezuela came some 18 hours after the reported incident. But the next day’s reporting offered an in-depth look at events that went beyond a breaking-news banner with a few thin paragraphs.”

“Many” readers, according to the report from the public editor office, were upset about “specific aspects of NPR’s coverage rather than its entirety,” which amounts to “more than 200 stories” since the new year. Some of the complaints argued that NPR wasn’t providing enough historical context, but the public editor office report said NPR has published “many stories that put the current events into historical context.” NPR’s radio and interview reports may lack more context because of time limits, though.

NPR also has featured more anti-Maduro voices than pro-Maduro, the public editor office noted, but NPR’s chief international desk editor Will Dobson explained that that is partially because of the problems with “reporting safely from Venezuela.”

The public editor office also pointed to conflicting “interpretation” of Venezuela’s history. “There’s a broader issue, too,” NPR wrote. “NPR’s Will Dobson, supervising senior editor on the international desk, said that along with time constraints on radio reporting, the challenge lies with a ‘disagreed history.’ While the facts surrounding Venezuela’s historical events are straightforward, the interpretation of these events is not. For example, many listeners have complained about NPR’s use of the phrase “self-proclaimed president” to refer to Guaidó, with some audience members criticizing the “self-proclaimed” portion and others questioning anything that seems like NPR’s affirmation of Guaidó as “president.”

NPR got ‘outsized number of complaints’ over Venezuela coverage