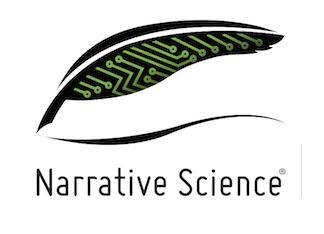 As iMediaEthics has previously reported, journalists might have new competition: robots.

Robot journalists, or what blog Fangirltastic nicknamed “robournalist” and “journobot,” consist of a program in which one enters in statistics or information and it produces a story.  So far, it’s been “used exclusively for sports stories,” which often are heavily data-driven.

But, the robots are apparently decent writers and better in some cases than real live human reporters, at least according to one example about which NPR reported.  In that case, as NPR explained, the robot journalist’s account of a baseball game was written better than the human journalist’s account. Read and decide for yourself here.

While Gawker-owned sports blog Deadspin assumed a recent article on GWSports.com that it found to be poorly written was the product of robot journalism, in a twist, it turns out that story was written by a real person.

But, blogger John Zhu countered NPR’s claim that “‘Robot Journalist’ Out-Writes Human Sports Reporter,” in a post on his blog Matters of Varying Insignificance. In fact, according to Zhu, the GWSports.com story isn’t a sports reporting article but a school-issued press release.  George Washington University’s sports information director Dave Lubeski is quoted as telling Poynter in late-March that the information department isn’t “in the newspaper business” but “in the business to promote our athletes and our team.”

Zhu added that some Narrative Science stories are “actually not bad and definitely usable,” and noted that MediaBugs.org has asked for a correction from NPR.  While NPR’s supervising senior editor Rick Holter did post a comment on the NPR story that the “human sports reporter” was human, just not a sports reporter, MediaBugs called on NPR to post a clear correction at the top of the article.

But, in NPR’s original article about the robot journalists versus the GWSports story, one of those robot journalism companies, Narrative Science, used Deadspin’s assumption and criticism as a challenge “to prove that their system could produce a better story.”  But keep in mind, as Zhu noted, that NPR’s Narrative Science example only beat a press release and not a sports reporter.

“We actually got hold of the information director of the school, we got the raw material, the numbers around the story.  And we fed it to our system, which wrote the story, where the headline and the lead were focused on the fact that it was a no-hitter. Because how could you write a baseball story and not notice that it was a no hitter? I mean what kind of writer or machine would you be?”

In a follow-up story, Deadspin admitted that the robot story was better.

Narrative Science explains on its website that its program “transforms data into high-quality editorial content.” Its origins are a “joint research project at Northwestern University Schools of Engineering and Journalism.”

iMediaEthics has written to Narrative Science asking for more information about its program and how it is customizable. (Can we get a robot to write about journalism ethics?) We will update with any response.

StatSheet is another site that can turn data into “completely auto-generated posts” and stories.