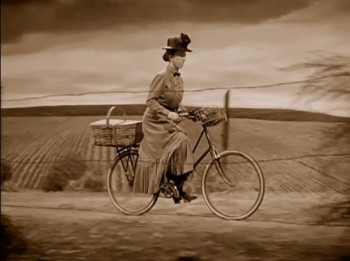 Both the New York Daily News and the Associated Press were hoaxed by a parody Twitter account @BicycleLobby last week that took responsibility for raising two bleached American flags atop the Brooklyn Bridge, as iMediaEthics reported Wednesday.

But, what’s worse, iMediaEthics discovered, is that both outlets communicated with the Twitter account, the Bicycle Lobby, for verifying facts before publication and STILL ran the story.

“Both outlets contacted us before publication,” an e-mail from the group told iMediaEthics. “First through @ replies on Twitter, to which we replied directly, asking them to see our profile for an email address. After that, we received emails from a reporter at the AP and one reporter with the Daily News asking for a statement.”

As a reminder, the Bicycle Lobby’s Twitter bio clearly states “Parody account” and a quick scroll of its Twitter feed should have raised flags for news outlets trying to determine if the account was real.

We have negotiated a 12-hour bike ride between the Israelis and the Palestinians. Meet at 7 AM and be ready to sweat.

All car commercials must come with a disclaimer: “WARNING: Traffic will make it impossible for you to drive like this. Get a bike instead.”
— Bike Lobby (@BicycleLobby) July 16, 2014

The group confirmed they sent statements to the AP and Daily News before the outlets published reports.

While other outlets did seemingly fall for the parody account by contacting the group for further comment, the AP and Daily News were the most high-profile, the group told iMediaEthics. “We received additional inquiries and requests for comment from smaller, local news organizations, but nothing quite of the significance of the AP or the Daily News,” the group said to iMediaEthics.

“All we can do about the reaction is laugh. It perhaps speaks to the media’s current fascination with bicycles and bike lanes, or perhaps to the strange desire to be first on a story that’s probably going to get out anyway, but the fact that this also involved the Brooklyn Bridge — which was reportedly ‘sold’ over and over again to unsuspecting marks during an infamous con — is almost too perfect.”

iMediaEthics is writing to the Daily News and the AP for comment.