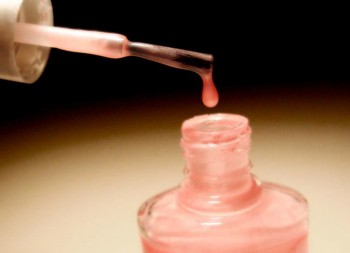 And there’s another response to the New York Times‘ May 2015 “Unvarnished” reporting on nail salons.

Richard Bernstein, a former Times reporter who is a part owner of two nail salons in New York and who criticized the Times last week in the New York Review of Books, responded today to the Times‘ lengthy defense of its reporting.

In a July 31 post on the New York Review of Books, Bernstein said there are “some points of agreement” between him and the Times. Bernstein wrote that he doesn’t think that no abuses occur in the nail salon industry, just that he thinks the Times‘ characterization exaggerated how often there are abuses.

“The Times article’s conclusions went well beyond what those findings [of bad treatment] showed,” Bernstein wrote. “It used almost lurid language to describe the ‘rampant exploitation of those who toil in the industry,’ noting that the ‘vast majority’ of salon workers are paid illegally low wages or not at all.”

He said that “there is a large body of evidence” that licensed salon workers are paid “competitive, market, legal rates.”

Bernstein maintained his criticism of the Times‘ characterization of ads offering a $10 daily rate for workers.  Nir tweeted one of the ads after Bernstein’s first article came out.

The ad that "doesn't exist" according to @R_Bernstein & @nybooks who calls me a liar & didn't bother to interview me pic.twitter.com/TH4SmWlo6r

He argued that the ad was “quite different from the way it was described by the paper” because it says apprentices get $10 a day, the ad also says workers get $75 a day.

Times deputy metro editor Michael Luo responded to that claim on Twitter that “other nail salon ads cited in NYT response were for regular workers, not apprentices.”

.@r_bernstein No. Other nail salon ads cited in NYT response were for regular workers, not apprentices. See here: https://t.co/66FjqwTeoK

“Lest there be confusion about apprentices­–these are not the equivalent of unpaid summer interns at a magazine. Interviews by Ms. Nir and her team with employees of the salon confirmed that these were essentially beginning workers, doing the same jobs as others in the salon—people who should be paid the minimum wage. In fact, The Times’ investigation found that it is common in the industry for manicurists just starting out in the business to be paid nothing at all for several weeks or months and even have to pay a fee to start.”

Bernstein reiterated his complaint over the description of the ads as “rife” and pointed to public editor Sullivan’s admission the adjective “may have been an overstatement.”

Sullivan wrote July 29 about the dispute, commenting that “Bernstein makes some points worth considering, but they are minor ones that do not mar the overall quality of the project.” Further, she argued the Times‘ defense of the investigation was “persuasive” and “essentially right,” although in hindsight, “more nuance” could have been included by fleshing out other workers’ experience. Sullivan added that “while the piece may have been a bit overwrought in places, it seemed solid.”

“In their rejoinder, the Times editors have not challenged my finding that no such ads could be found in 2015 in any of the Asian-language newspapers (note the plural) that its story declared to be ‘rife’ with them,” Bernstein wrote. “Perhaps more recent such ads exist, and the Times and I, combing through thousands of classifieds, have missed them. But they must be rare.”

Bernstein also stuck by his criticism that the Times shouldn’t have used undocumented, unlicensed worker Jing Ren’s story as “representative of the industry,” while acknowledging her story is upsetting.

The Times article served to “extrapolate sweeping and unsubstantiated conclusions from what was, by their own description, a non-random sample,” he wrote, arguing that the New York area where many interviewees were found “seems to be a high concentration of undocumented, unlicensed workers.”

Another major complaint Bernstein raised is the newspaper’s contention that abuses in the nail salon are pervasive.

“The Times claims that such exploitation can ‘readily be found’ by walking into ‘the prim confines of just about any salon,'” he wrote. “To defend this finding, the editors, like the exposé, do not mention that there are tens of thousands of regular salon workers who do not fall into this category. To date, nobody speaking for the Times has taken account of that fact, though it crucially challenges the overall conclusions the paper has drawn, which do injury to the many salons that struggle to observe the law and to treat their workers well.”

The Times‘ response earlier this week noted: “When the state Department of Labor inspected nail salons over the last few years — a rare occurrence, according to agency data — in 80 percent of the cases, workers were found to be unpaid or underpaid.”

The Times reported in its response that the state inspection of salons after its investigation found “nearly 1,800 violations after inspecting some 755 salons. Bernstein noted in his response to the response that one of his family’s salons received a violation for not storing nail polishes on a metal shelf.”

Regardless of the dispute, Bernstein said it is good that the issue of the abuses that do exist in the industry are highlighted and hopefully addressed.