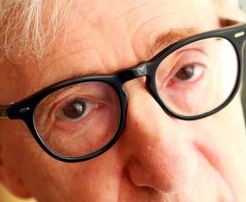 Famed movie director Woody Allen questioned journalism ethics in a recent interview with The New York Times.  Allen told  the Times that he “was very surprised at the level of journalism” that surrounded reports of Carla Bruni-Sarkozy, the wife of French president Nicolas Sarkozy.  Bruni-Sarkozy is cast in one of Allen’s upcoming film, “Midnight in Paris.”

Allen told the Times that while Bruni-Sarkozy “has a small part in the movie — a real part, but it’s a small part,” the newspapers reported fake stories about her days on set.

“All the papers said she was terrible, and I did 32 takes with her,” Allen recalled.  “Of course I didn’t even do 10 takes with her. This was just a magical number that some guy created in a room. Then they printed that her husband came to the set and was angry with her. He came to the set once, and he was delighted. He felt she was a natural actress and couldn’t have been happier.”

Allen is quoted as saying he didn’t expect the media attention that resulted from her presence on set and that, after seeing the way the press blew up and altered stories about Bruni-Sarkozy on set, he questions how bigger stories are changed by the media.

“For some reason, the press wanted to say bad things about her. I don’t know if they had something against the Sarkozys, or it was a better way to sell papers. But the fabrications were so wild and so completely fake, and I wondered to myself, Is this what happens with Afghanistan and the economy and matters of real significance? This is a trivial matter,” Allen said.