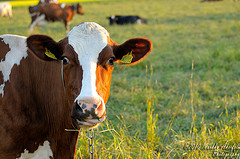 Earlier this week, the New York Times corrected a Jan. 16 article about “drilling for oil off the coast of Angola. The article originally reported an urban legend as fact, according to the correction.  The correction explains:

“An article on Jan. 16 about drilling for oil off the coast of Angola erroneously reported a story about cows falling from planes, as an example of risks in any engineering endeavor. No cows, smuggled or otherwise, ever fell from a plane into a Japanese fishing rig. The story is an urban legend, and versions of it have been reported in Scotland, Germany, Russia and other locations.”