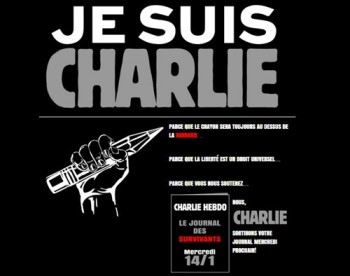 The Times said in a statement Jan. 7 that “describing the cartoons in question would give readers sufficient information to understand today’s story.” New York Times public editor Margaret Sullivan also weighed in on the decision in a yesterday blogpost.

Despite the apparent contradiction in editorial standards allowing some but not all controversial offensive art or cartoons, Times executive editor Dean Baquet stood by his decision in an e-mail to Politico.

Baquet argued that the Times didn’t have to show the Charlie Hebdo cartoons in order to tell the story of this week’s attack on the magazine. Instead, “We could describe them,” he told Politico. “And anyone who wanted to see them could easily do so.”

Politico provided Baquet with two examples of offensive art that the Times had previously published. Both were photographs, one from a 2006 anti-Semitic cartoon art show in Tehran and the other from a 2010 report on a “Holocaust-denying cartoonist.”

In that 2006 article, the Times reported, “The exhibition is intended to expose what some here see as Western hypocrisy for invoking freedom of expression regarding the publication of cartoons that lampooned the Prophet Muhammad while condemning President Mahmoud Ahmadinejad of Iran for questioning the Holocaust.”

Politico also pointed to other potentially offensive images like a 1999 Times story on a 1996 painting of “a black Madonna with a clump of elephant dung on one breast and cutouts of genitalia from pornographic magazines in the background.” Then-New York mayor Rudy Giuliani and Catholic groups, as well as Cardinal John O’Connor, slammed an exhibition showing the painting, the Times reported, while including a photo of said painting.

Baquet pointed out he wasn’t the decision maker for publishing those photos in 2006 and 2010 as he just became executive editor last year. But in general, he argued, “We don’t run things that are designed to gratuitously offend. That’s what the French cartoons were actually designed to do. That was their purpose, and for that publication it is a fine purpose. But it isn’t ours.”

Like the Times, the Associated Press said this week it wouldn’t publish provocative images from Charlie Hebdo. The Washington Examiner pointed out that the AP had published, decades ago, a photo called “Piss Christ,” which shows a crucifix in urine.  The AP removed the photo from its website.

For all of iMediaEthics’ Charlie Hebdo coverage, read here.